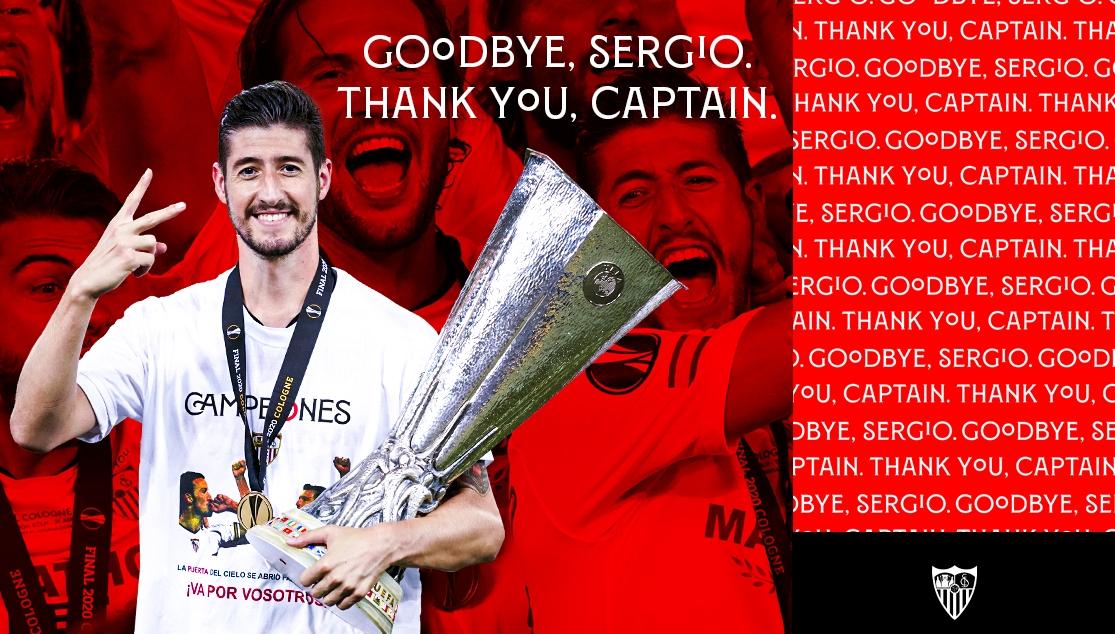 After six seasons, Sergio Escudero will say goodbye to Sevilla FC tomorrow, his 'home' as he described it in his farewell letter. The full-back will have a press conference at the Ramón Sánchez-Pizjuán at midday tomorrow. Escudero arrived in Nervión in the summer of 2015 from Getafe CF and in his first season, despite suffering an unfortunate injury, managed to find his way into the team and play 28 games, one of which was the fifth UEFA Europa League won against Liverpool. In his debut, he scored a wonderful volley off his left foot.

His best numbers would be posted in the two following seasons: 16/17 and 17/18. In those campaigns he played 37 and 43 games respectively, with one and three goals scored. In 18/19 and 19/20 he played 31 and 21 games, with a goal in the latter. In his last season, he played 14 games. Escudero bids farewell to the Club after 176 games, seven goals and thirteen assists, and four seasons wearing the captain's armband.

Sergio made history with the Club as he won not one, but two Europa Leagues after last summer's win in Germany. He says goodbye with some impressive numbers and two European titles in his locker. In his time, he has been under the orders of eight managers, with the last, Julen Lopetegui, counting on his services all the way back in November 2016 in the Spanish national team. Thank you for everything, captain!