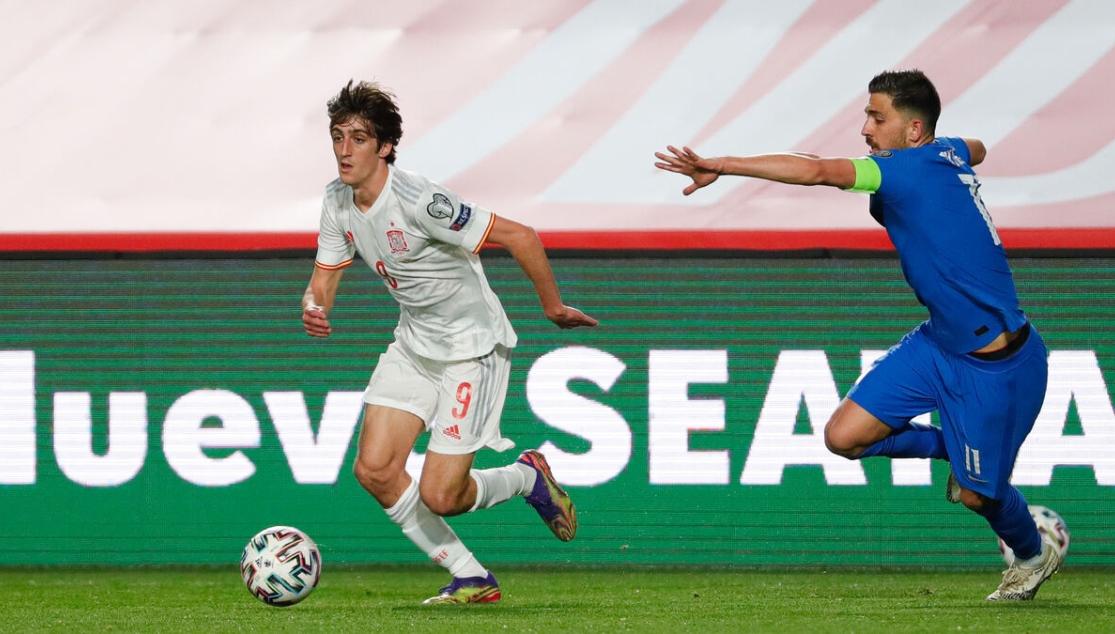 THREE SEVILLISTAS IN ACTION AT THE OLYMPIC GAMES IN TOKYO

Bryan Gil and Diego Carlos add to the number of Sevilla FC players representing their countries at the Olympic Games. They join Chilean player, Javiera Toro who will represent her country in the women's tournament.

Japan prepares itself for the start of the 2020 Olympic Games in Tokyo. After postponing the Games for a year due to the Coronavirus pandemic, the Games start in the country this week. Bryan Gil will represent Spain against Egypt at 9:30 and Diego Carlos will represent against Brazil against Germany at 13:00 on Thursday. Up until now, only 5 other Sevillistas have represented their country at the Olympic Games previously.

Curro Sanjosé and Mariano Pulido were the first Sevilla FC players to represent their country at the Olympic Games when it was held in Montreal in 1976. Despite being chosen to represent his country at the Games in Canada, Sanjosé was extremely unlucky to suffer an untimely injury and therefore could not compete with the team. Although he did not do it as a Sevilla player, it should be noted that Paco Buyo, who played in the 1980 Moscow Olympic Games, signed for Sevilla FC from Deportivo de La Coruña just two days before the start of the Games in the Russian capital.

Carlos Marchena, won silver in Sydney in 2000, and the first Sevilla FC player to win a medal at the Olympic Games.

20 years later in Sydney in 2000, there were more Sevilla FC players representing their countries at the Olympic Games. In this case, Carlos Marchena was the first ever Sevilla FC player to win an Olympic medal after losing on penalties in the final against Cameroon. The Sevilla player played a vital role in Australia under the management of Iñaki Sáez. Under Sáez, Marchena had a leading role in five of the seven games. Incidentally, four of those Spanish players, Marchena being one of them, played at the World Cup in South Africa ten years later.

In Beijing in 2008, Federico Fazio won a gold medal with the Argentinian football team. He joined Lautaro Acosta, who despite signing for Sevilla before the Games, only officially joined the club on his return from Beijing. The Argentinian team started off their campaign by winning all three of their games in the group stage. They then beat the Netherlands and Brazil in the knockout stages before beating Nigeria in the final. In the same tournament, another Sevilla FC player, Belgian midfielder Tom de Mul, came close. After losing against Nigeria in the semifinal, Belgium played against Brazil in the battle for the bronze medal, but unfortunately, they finished in fourth position.

The first Sevillista to play in the women's tournament

The Chilean, Javiera Toro, will be the first Sevilla FC women's player to represent her country at the Olympic Games in Tokyo. Toro, who just recently agreed to extend her contract with Sevilla, makes history in terms of being the first Sevillista to play in the women's tournament at the Games. Toro was on the bench in their opening game when they lost to Great Britain. On Saturday, they will face Canada at 9:30.