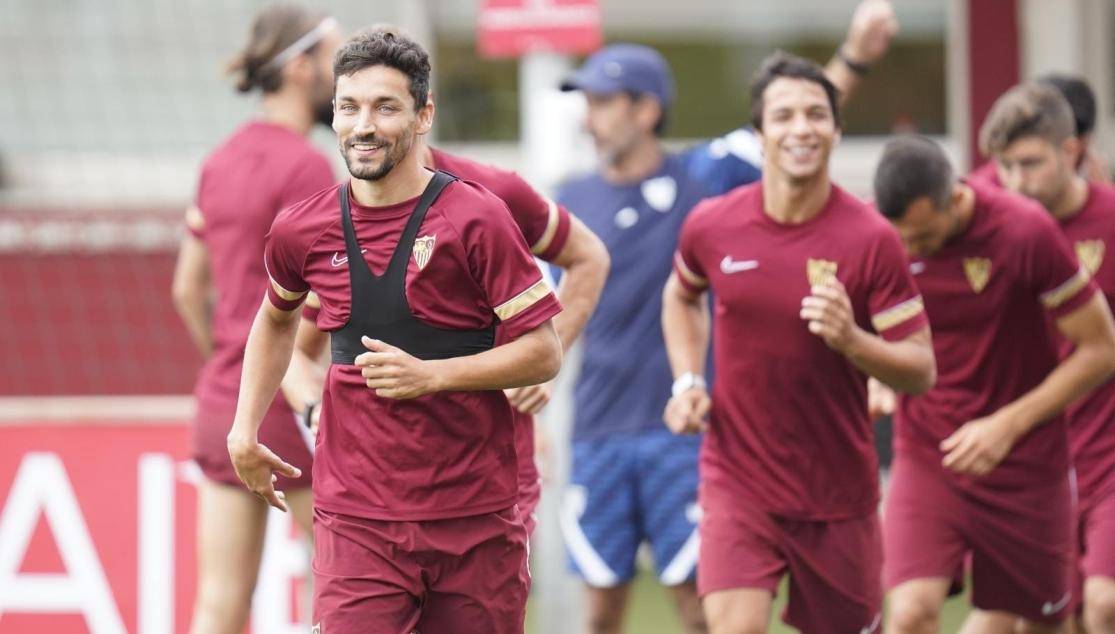 The last day of double sessions at the training ground before travelling to Lagos on Friday.

The first team continue to put in the hard work before the next preseason friendly game on Thursday against UD Las Palmas in La Línea de la Concepción. After completing the first double session of the week on Monday, the players returned to the Jesús Navas stadium to take part in another double session. Dutch striker, Luuk de Jong, also returned to training following time off after EURO 2020, albeit training alone following his return. Monchi, Del Nido Carrasco, Fernando Navarro and Emilio de Dios were also present to watch the team train.

In an important tactical afternoon session, the team completed their last day of double training sessions at the training ground before travelling to Lagos on Friday. On Wednesday, the team will take part in a single session at 19:30.