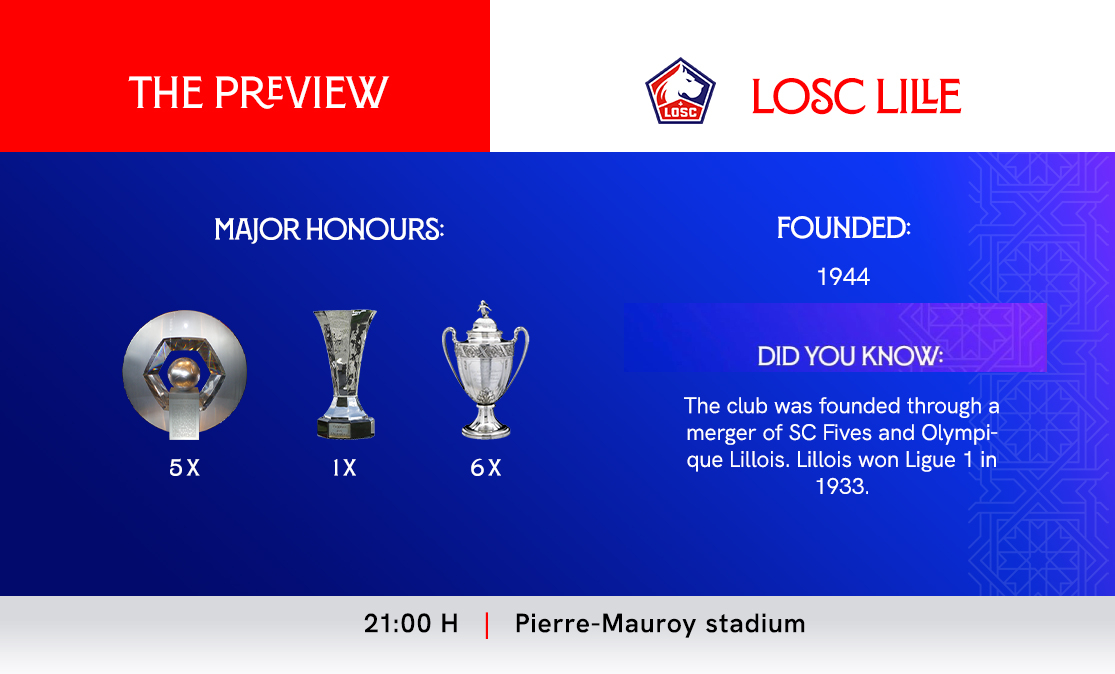 Entradilla
Sevilla FC are looking for a first European win of the season to make a push for the last 16. En-Nesyri is the only absentee for the visitors
Cuerpo Superior

Group G in the UEFA Champions League is a very even affair. Tonight, however, the outcome of the group could look much clearer with the third matchday, the halfway point of this phase of the competition. At this point, both Sevilla FC and Wolfsburg have drawn both their matches, while Salzburg's win over Lille means the Austrians have either a two or three-point advantage over the rest of the group. Of course, that could be wiped out after the two group stage matches tonight.

And that's what Sevilla FC will try to do tonight, as they face a visit to Northern France for the third time in recent years, where they will look to come away with a first European win of the season. After a crucial win in Vigo on Sunday, Julen Lopetegui's side will try to defeat the current Ligue 1 champions, who are currently 11th in the table, albeit just four points off second place. They won three consecutive matches in the league before the international break, but lost away at Clermont Foot on Saturday.

Lille drew at home to Wolfsburg before losing in Salzburg

Youssef En-Nesyri is the only player who is unavailable for Sevilla. As for Jocelyn Gourvennec, he is unable to call upon goalkeeper Leo Jardim and Renato Sanches. Nearly 500 Sevillistas will make the trip to the Stade Pierre-Mouroy, including both fans travelling from Sevilla and fans travelling from various places in France and Europe. In yesterday's pre-match press conference, Julen Lopetegui stated that "we're coming here to play well and win. We have real enthusiasm and ambition. We will try to overcome the many adversities that we will face".

The referee for tonight's match will be Michael Oliver, from England, who has lots of experience in Europe but has only taken charge of one match involving Sevilla. That was also in the Champions League, back in the 2016/17 season against Dinamo Zagreb at the Maksimir, a match that Sevilla won. He has never officiated a clash involving Sevilla FC before. This is the club's third visit to Lille, but they were defeated on both occasions, in the UEFA Cup in 2004 and 2006, so it's time for a first win in this city.