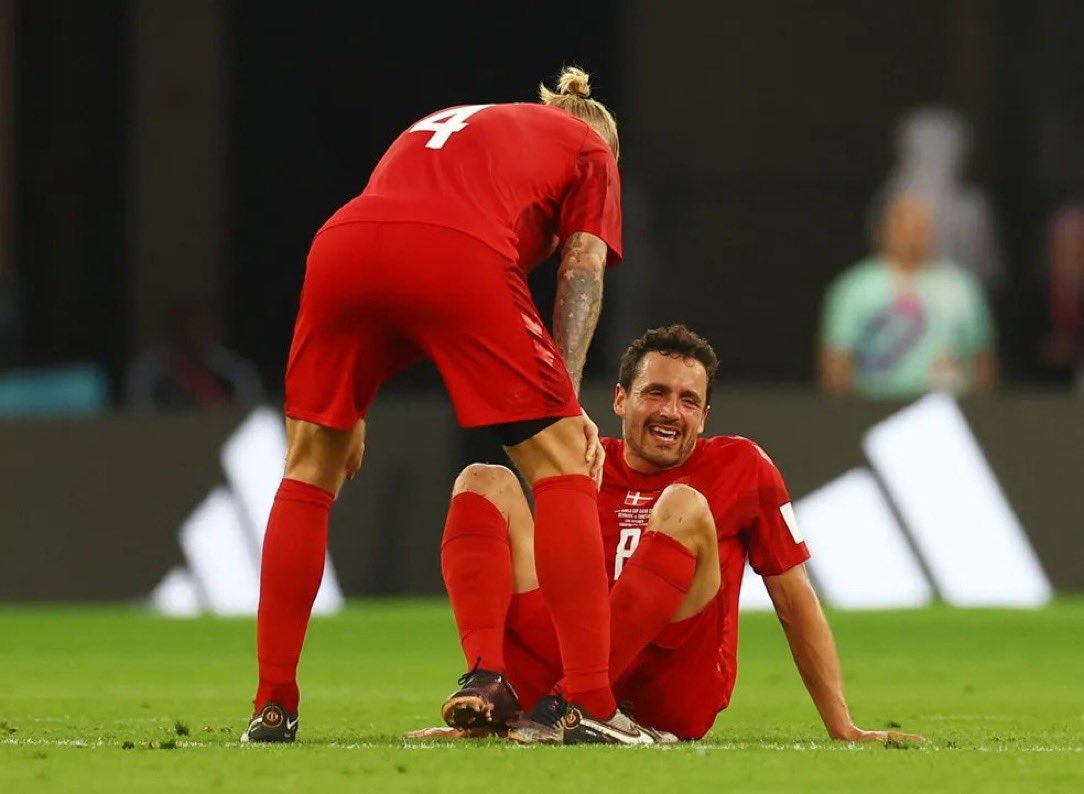 DELANEY OUT OF THE WORLD CUP WITH INJURY

Entradilla
He had to withdraw from yesterday's match against Tunisia just before half-time after a blow to his knee.
Cuerpo Superior

Thomas Delaney, Sevilla FC midfielder, has had to leave the Denmark training camp in Qatar on Wednesday afternoon due to the injury that forced him to withdraw from yesterday's match against Tunisia. This was announced by the Danish federation after the Sevilla player had to leave the field of play before half-time after receiving a blow to his knee.

The Danish national team doctors have estimated a 4-week absence for the midfielder with his injury.