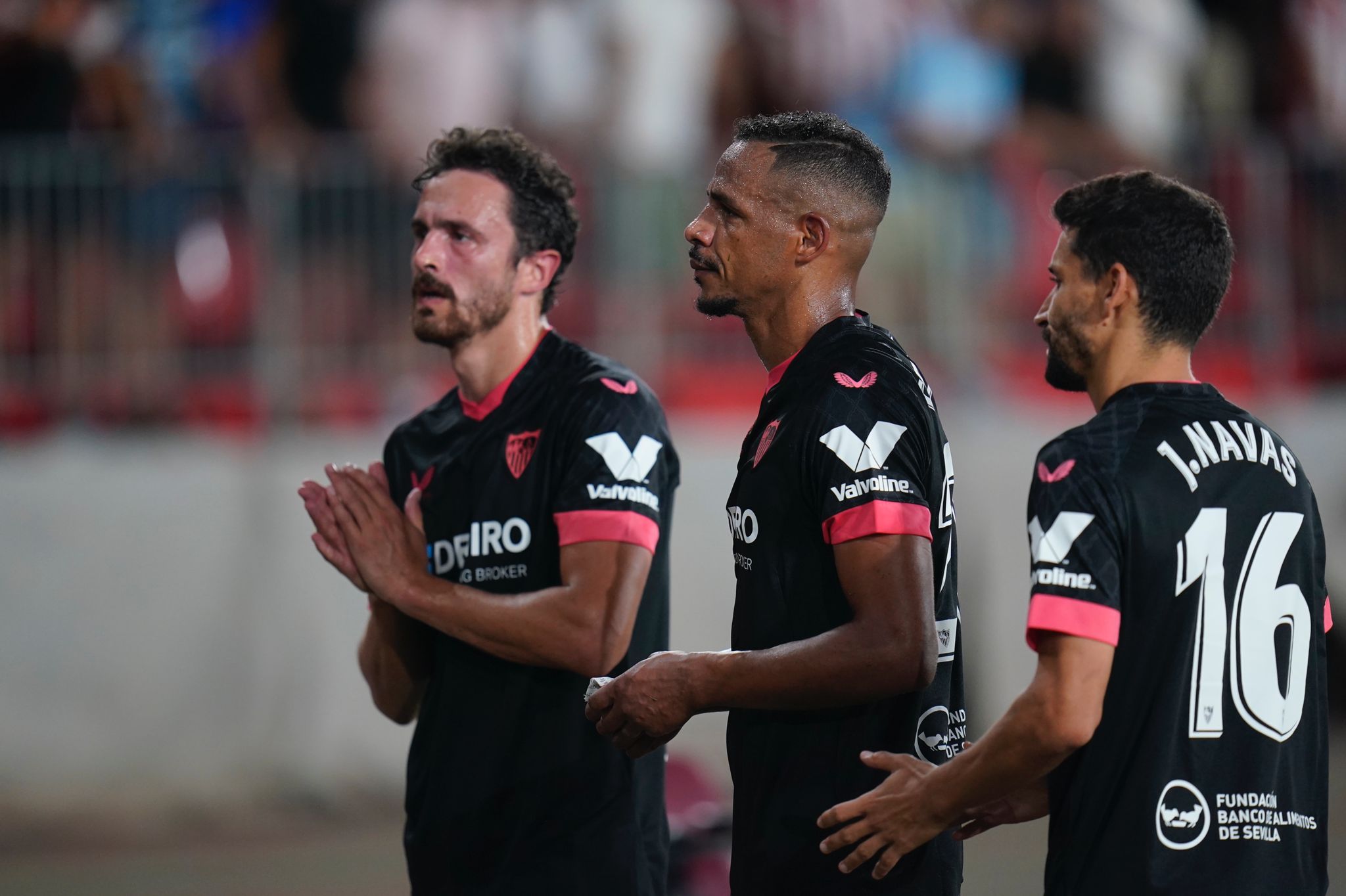 The tough start to the season continues. The team travelled to Almería looking for the first win of the campaign, but it wasn't to be after the newly-promoted side came back from 1-0 down to win 2-1.

Óliver opened the scoring but Ramazani would level just before the break. Sevilla did not get going in the second half and watched on as Sadiq scored the winner for Rubi's team.

The team will have to react ahead of two challenging games at home against FC Barcelona and Manchester City.

Sevilla started the game extremely well with Lamela almost opening the scoring after just thirty seconds. Jordán played a magnificent through ball to the Argentine, but Fernando in nets pulled out a top save to deny us the perfect start.

Almería would respond just a minute later and Bono had to be on hand to send wide a venomous strike from Akieme.

It was an open game as both teams attacked with ease, but Lopetegui's team slowly began to gain control of the match.

Lamela would have another clear-cut chance just before the 15th minute after a great run from Rafa Mir. Like at the start of the game, Fernando pulled out a smart stop to keep the game level.

All that was lacking was the goal to round off a great first half an hour of football. And Óliver Torres stepped up from midfield to deliver.

Alex Telles delivered a wonderful cross from the left. Surprisingly, it was midfielder Óliver Torres who rose highest to meet it, placing a superb header into the net.

It was just desserts for Sevilla who were well on top. We had just had a goal ruled out minutes before through an offside and the attacks kept coming.

But, with Almería against the ropes, they managed to find an equaliser. Ramazani burst away from the two centre-backs and placed a smart finish beyond Bono.

It was a huge blow for the team. They had dominated the first half and would be going into the break with nothing to show for it.

The mental blow weighed on the team in the second half as we did not see the attacking Sevilla of the first 45 minutes.

Bono made a good save to deny Samu but waves of Almería attacks kept coming and they had their reward as Sadiq bundled home the second and what would be the winner on the night.

Lopetegui reacted with a triple change. Isco, Delaney and José Ángel stepped onto the pitch to revive the team. Isco tried to influence the game in between the lines but the next major chance would be for Almería.

Robertone could have killed the game off but he fired off. Ramazani, who was having a great game, could have added to his tally but Bono was on hand to deny him.

Lopetegui made his last change, bringing on fire power in En-Nesyri and Ocampos. They would have little chance to influence the game however as it descended into a scrappy affair with numerous bookings and stoppages.

Rafa Mir had our only major chance of the second half

Almería looked to Sadiq to kill off the game but we would have few chances to equalise. Rafa Mir had a header from a José Ángel cross but there would be little more.

The team sit on one point from nine and now welcome Barcelona and Manchester City to Seville in what will be two decisive games for the club.