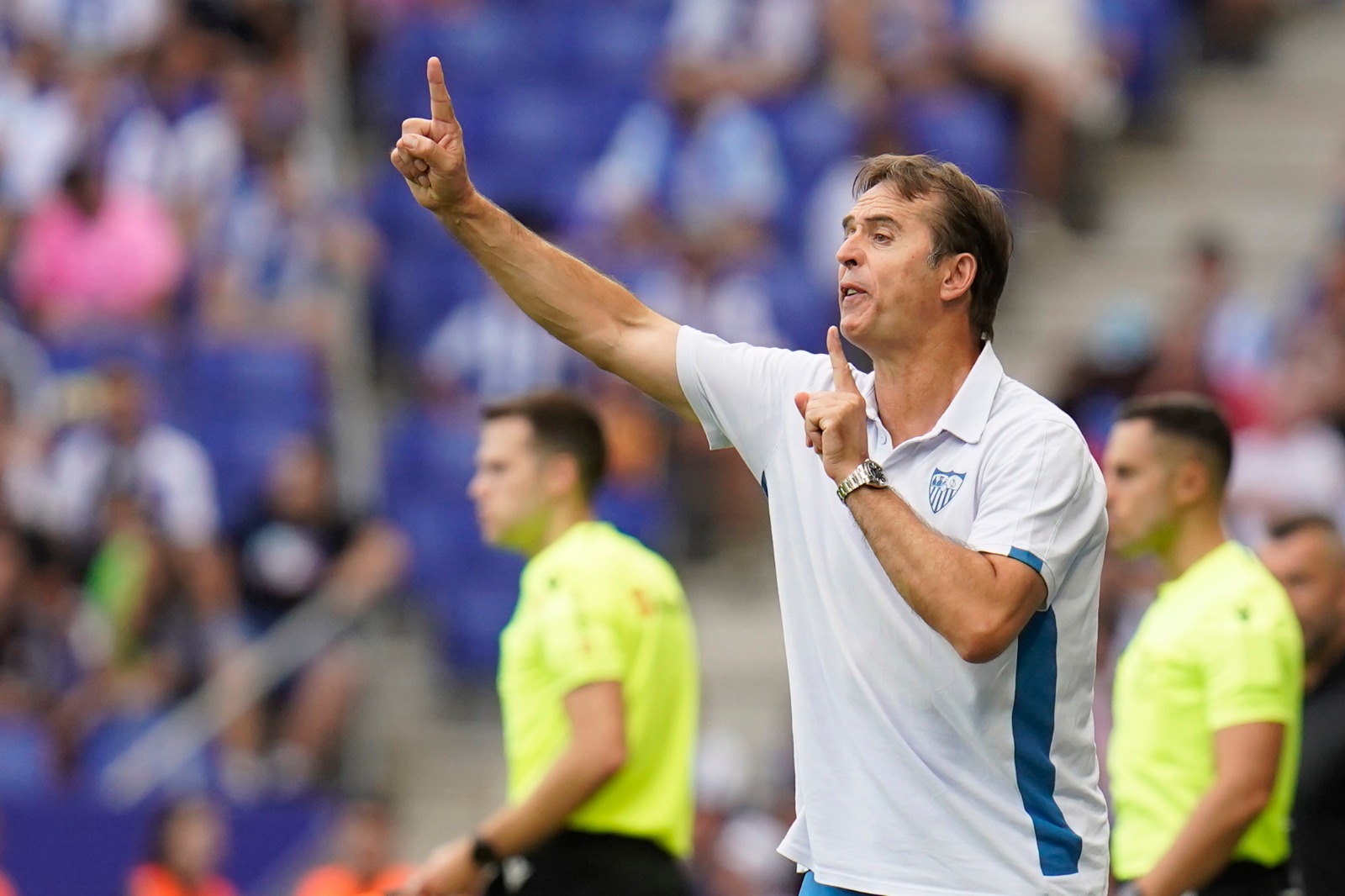 LOPETEGUI: "WE KNEW HOW TO DIG DEEP AND THE TEAM DESERVED THIS HAPPY OUTCOME"

Entradilla
The coach was pleased with his team's strong start, but bemoaned the difficulties after the interval, including being forced into four changes
Cuerpo Superior

Julen Lopetegui was pleased as he offered his initial thoughts on the key victory at Cornellá to Sevilla FC Official Media.

"The short summary is that in football, you don't win without digging deep. The 3-0 scoreline was convincing, we were very clinical in a great half, but then we conceded that goal, after they had hit the post with their only chance, and that brings back the ghosts from recent matches."

"We tried to calm things down at the break and look for the fourth, but they have a good team, coach, and a lot of energy. Then we had adverse circumstances, we had to make four enforced changes and that made us suffer to get a deserved result."

"We could have got a fourth on a counter-attack, with a man less and even two at some moments. We knew how to dig deep and here, in LaLiga, without doing that, no one wins. Neither us nor anybody else."

"The team deserved it, a happy outcome with three points. There's a lot more left to go and now we have to recover well and get ready for Copenhagen."

"The second yellow for Lamela was a shame, he was putting in a top performance and he's an important player for us, because we haven't got a lot of alternatives in that position who are in perfect shape."

"We'll try to recover for the Champions League and focus on playing well there and competing."