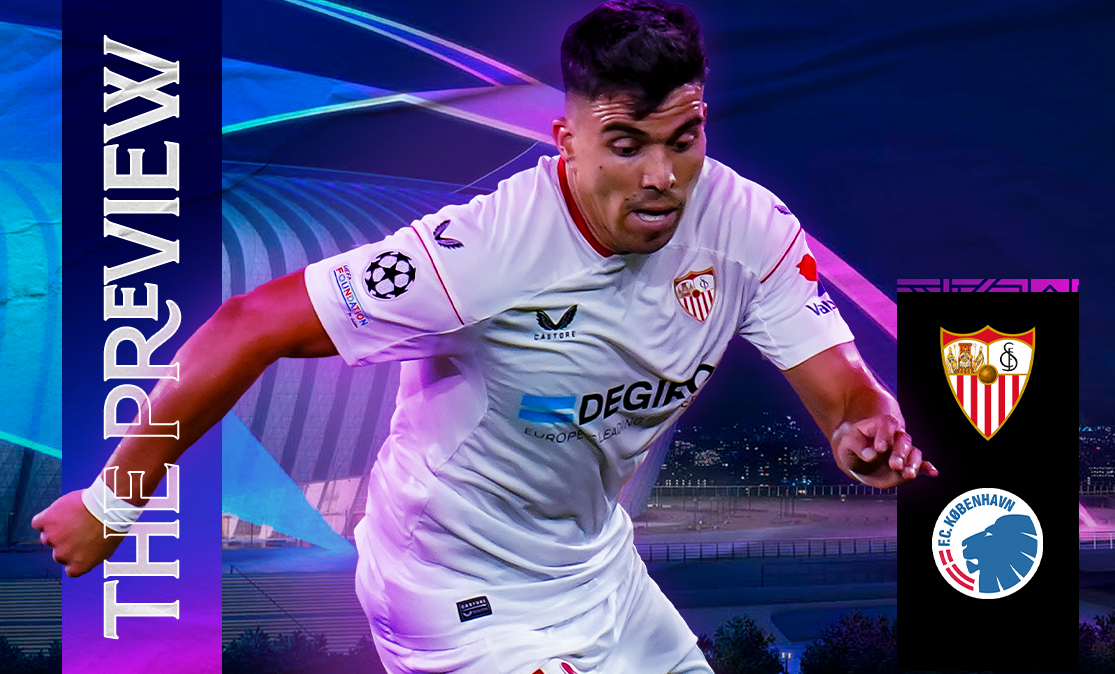 Sevilla FC vs FC Copenhagen, in MD5 of the UEFA Champions League Group Stage. Kick-off at the Ramón Sánchez-Pizjuán is scheduled for 18:45 CEST.

Both ourselves and the Danish side have two points in the group after four games, after a goalless draw between the two teams in Denmark in MD2, and with both sides taking a point from their other three matches. We are currently above Copenhagen on goal difference. A win for us tonight would assure us of at least a third-placed finish, as we would have the better head-to-head record.

Jorge Sampaoli has named a 24-man squad for the decisive fixture, with Karim Rekik and Marcos Acuña returning from injury. Kike Salas is included, who missed Saturday's trip to the Bernabéu. Matías, the Sevilla C goalkeeper, is included in a matchday squad for the first time.

FC Copenhagen are yet to score in the UEFA Champions League Group Stage this season. In domestic competition, they are eighth in the table with 18 points, which leaves them outside of the Championship Group in the Danish Superliga, with nine games remaining before the league splits into two.

The Frenchman Benoit Bastien will officiate this fixture. Since his Champions League debut in 2017, he has refereed eleven Group Stage fixtures.