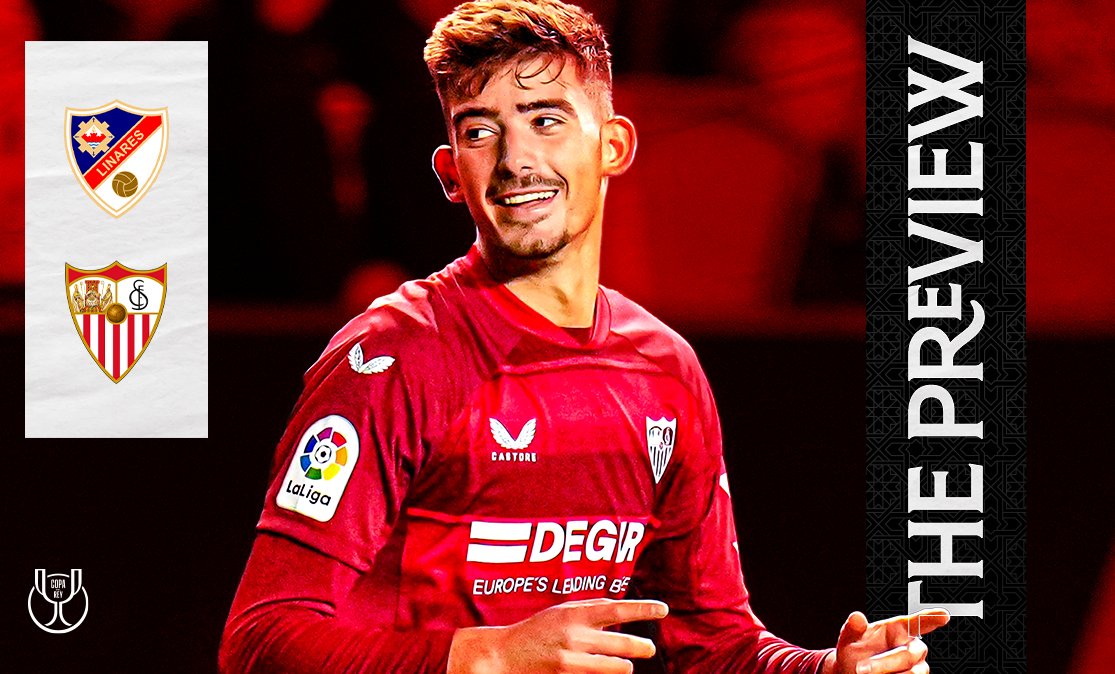 LOOKING TO WIN ANOTHER COPA DEL REY MATCH AWAY AT LINARES

Entradilla
Two years ago, we ran out 2-0 winners in the cup against tonight's opponents
Cuerpo Superior

Linares Deportivo vs Sevilla FC, in the Copa del Rey Round of 32. Kick-off at the Estadio Municipal de Linarejos is scheduled for 19:00 CET.

Route to the Round of 32

Sevilla FC make the journey across Andalucía after defeating Velarde and Juventud de Torremolinos, while our hosts overcame matches against Unión Adarve and Racing de Santander. They currently lie in sixth place in the third-tier Primera RFEF Group I, and are just two points off the play-off places.

Jorge Sampaoli has named a 22-man squad for the match. Montiel, Nianzou and Rakitic have all travelled after missing the trip to Vigo due to suspension, while Rafa Mir misses out due to muscle fatigue.

It is nearly two years to the day since our last Copa del Rey trip to Linares. On 5th January 2021, we came out on top in our Second Round clash with a 2-0 win, thanks to an Óscar Rodríguez free kick and an own goal.

Antonio Mateu Lahoz will referee this fixture. At this stage of the torunament, VAR is not in use.