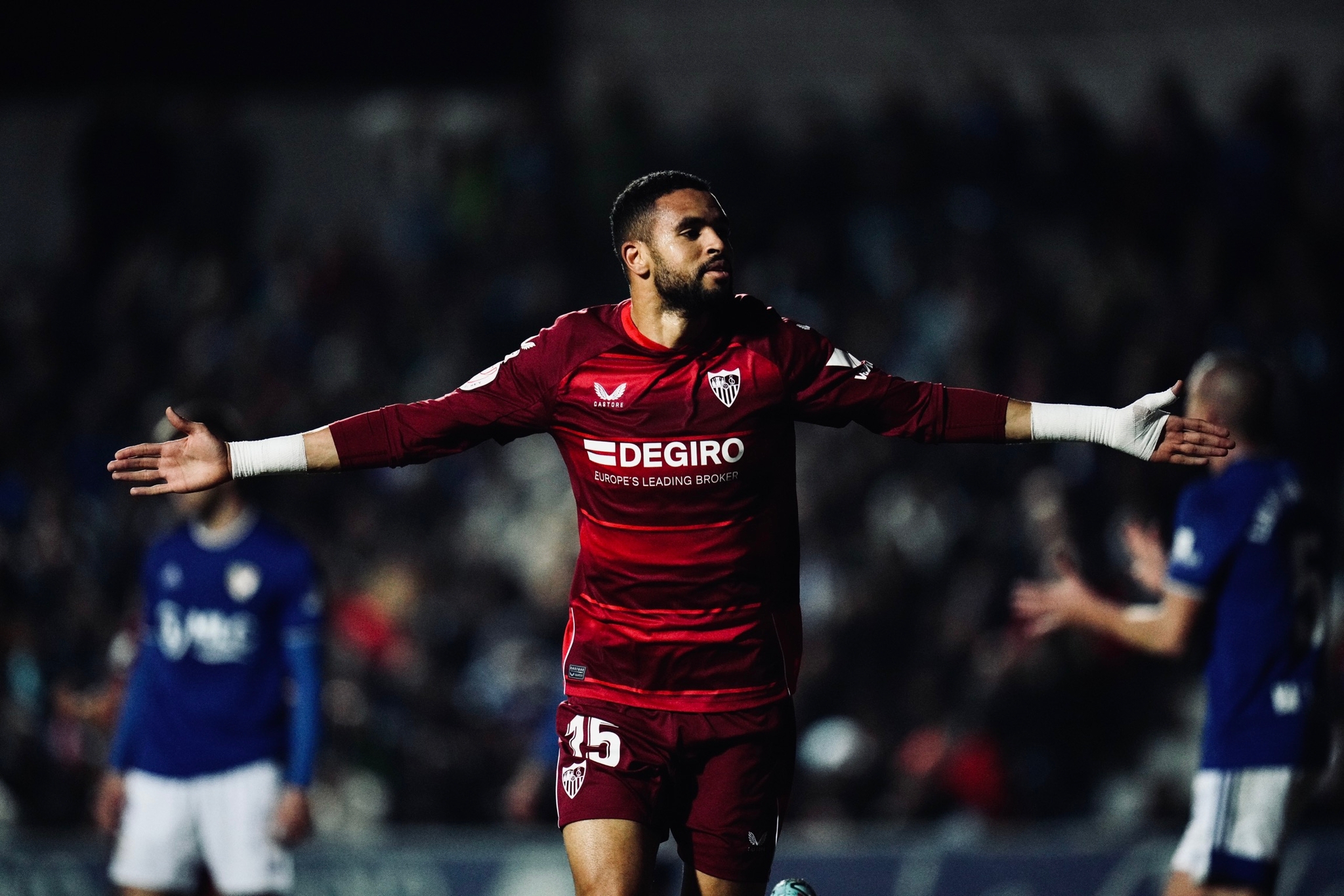 0-5: A FIVE-STAR PERFORMANCE IN LINARES TO REACH THE LAST 16

Entradilla
En-Nesyri scored twice in the first half to send us on our way, while he would go on to complete his hat-trick after an own goal and a Lamela strike
Cuerpo Superior

Sevilla FC will be in Saturday's Copa del Rey Round of 16 draw after a resounding 5-0 win away at fellow Andalusian side Linares Deportivo.

Sampaoli's side led against their third-tier opponents by two at the break thanks to a quick-fire brace from En-Nesyri, and the team never looked back from that moment on. A Squadrone own goal was followed by a Lamela strike, before En-Nesyri completed his hat-trick.

Sevilla came out in control of the match by keeping hold of the ball and looking for a breakthrough on the left-hand side, particularly via Lamela and Acuña. They did have to wait for their first chance, however, with Suso firing over after a quarter of an hour.

As for Linares, they looked to take advantage of any unforced errors, but that was not the source of their first chance, as Sancris nearly curled home from some distance a few minutes after the Suso chance. That was the closest they would come to scoring.

Just before Sancris came close to the opener, Sampaoli was sent to the stands after receiving two bookings in the space of a few seconds for protesting.

Óliver had an effort blocked on the half-hour mark, but that was to be Sevilla's last warning to Linares. A few minutes later En-Nesyri rose highest to meet Acuña's cross and powerfully headed home. Two minutes later, Lamela would win the ball back high up the pitch and played En-Nesyri clean through on goal, who made no mistake. A 2-0 lead just before the break.

The second half was a more open affair, as Linares had to find a goal from somewhere. Hugo Díaz nearly took full advantage as Sevilla lost possession in their half, but his strike went off target.

However, the third goal was coming. After Óliver went close on a one-on-one, and after Nianzou's effort from a corner went narrowly wide, Suso's cross from the left was inadvertently chested home by Linares defender Squadrone.

Sevilla continued to press forward and would get their fourth after 69 minutes. Jordán laid it off for Lamela on the edge of the area, who drilled it into the bottom corner. En-Nesyri rounded off his hat-trick six minutes later, stabbing the ball home from a Jesús Navas cross.

An assured performance from the team, who are now into the last 16 of the Copa del Rey. The draw will be made on Saturday at 13:00 CET, with the next round taking place between 18th and 20th January.