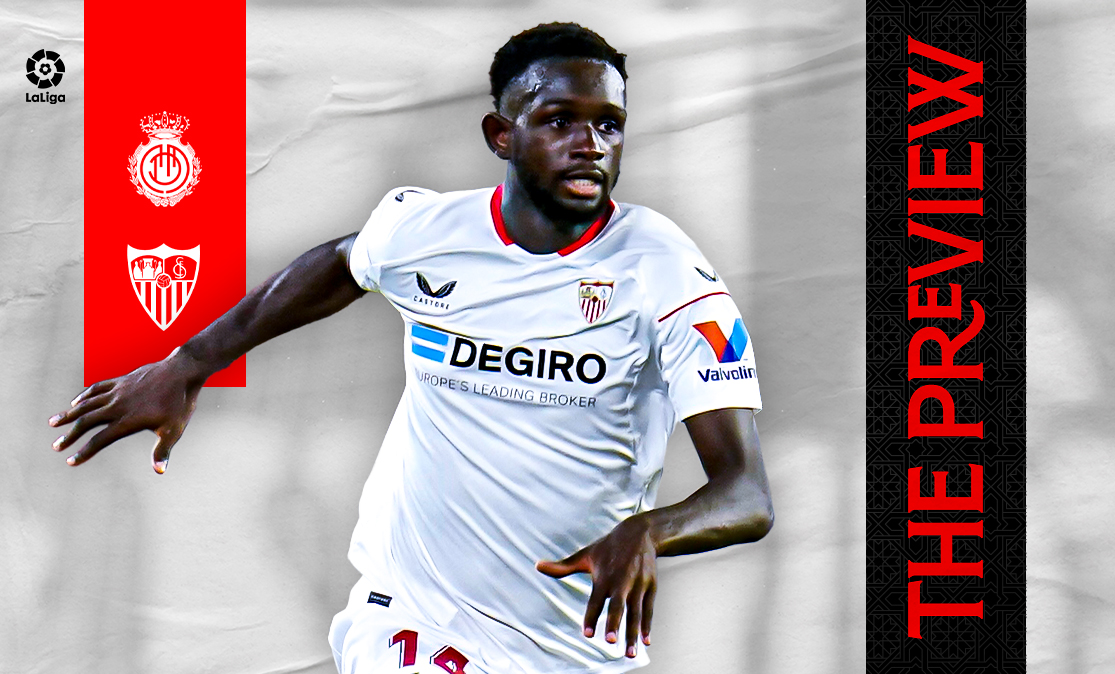 RCD Mallorca vs Sevilla FC, in MD9 of the LaLiga Santander season. The fixture will take place at Son Moix in Palma de Mallorca.

Sevilla FC are in 18th place with six points, while RCD Mallorca lie in 12th with nine points, thanks to two wins and three draws from their first eight.

Jorge Sampaoli has named a 24-man traveling squad, with Óliver Torres included after missing the trip to Dortmund. As for the hosts, Vedat Muriqi, their leading goalscorer, is suspended after being dismissed against Elche on Monday. Jaume Costa misses out due to injury

Mallorca have lost a crucial attacking option in Muriqi, but still have quality in their ranks. Pablo Maffeo is a key player and can play either at right back or on the right wing, while Kang-In Lee has turned in a series of impressive performances this season in the middle.

Last three matches away at Mallorca

Last season's match against a newly-promoted Mallorca at Son Moix was a controversial 1-1 draw, while we came out 2-0 winners two seasons previously, in 2019/20. The third-most recent match was a 2-1 defeat back in March 2013, as Mallorca would go on to be relegated and spend five seasons in the Second Division and one in the third tier.

At his pre-match press conference yesterday afternoon, Jorge Sampaoli stated that "we can't have the objective of winning as soon as the game starts, we'll fall into the same trap as we have in the past."

The match gets underway at 18:30 and will be officiated by Iglesias Villanueva, while Medié Jiménez is on VAR duty. Isco and José Ángel have received four bookings so far this season, and will miss Tuesday's match against Valencia if they pick up a booking today.