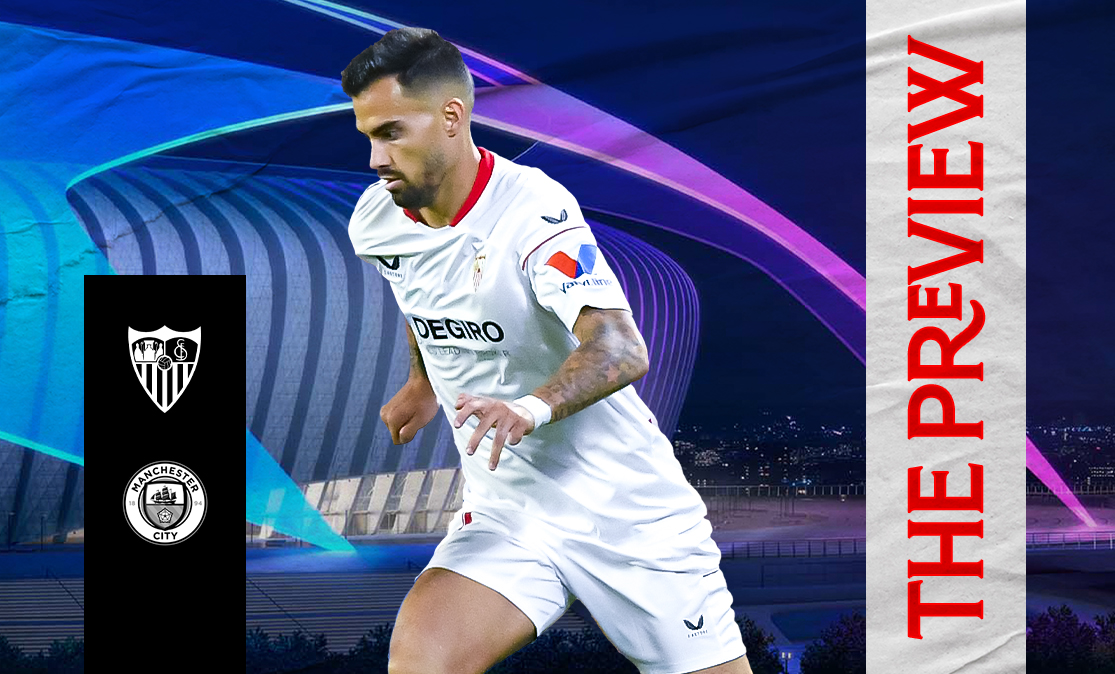 OUR EUROPEAN CAMPAIGN BEGINS WITH THE VISIT OF MANCHESTER CITY

Entradilla
We have been pitted against the English champions, who are unbeaten in the Premier League this season, for the second time in a UCL Group Stage
Cuerpo Superior

For the third consecutive season, the UEFA Champions League is back at the Ramón Sánchez-Pizjuán.

On this occasion, we have been drawn into Group G, and we will get our European campaign underway with the visit of English champions Manchester City. In the other match in our group, Borussia Dortmund will host FC Copenhagen.

We come into this MD1 fixture on the back of a difficult start to our domestic season, with three defeats and a draw. Julen Lopetegui has named a 24-man squad for the clash. Ex-Manchester City academy player Karim Rekik is included after missing Saturday's match against FC Barcelona through injury, while new signing Adnan Januzaj is named in a matchday squad for the first time.

Tecatito and Marcão miss out through injury

At yesterday's pre-match press conference, Julen Lopetegui was keen to stress that his team had "earned the right" to be in Europe's elite competition, while Suso believes that this fixture could be "the perfect game" for the team to bounce back from their poor run of form.

As for the visitors, Manchester City are unbeaten with four wins and two draws, and boast a league-high goals tally of 20. New signing Erling Haaland has scored half of that figure. In terms of team news, Aymeric Laporte, John Stones and Kyle Walker have not travelled to Sevilla for this fixture.

This is not the Citizens' first trip to the Ramón Sánchez-Pizjuán in the UEFA Champions League Group Stage. Seven years ago, with current Sevillistas Jesús Navas and Fernando starting for the Mancunians, they came out on top 3-1 in MD4 in the 2015/16 season.

The match will kick off at 21:00 CEST and will be officiated by Italian referee Davide Massa.