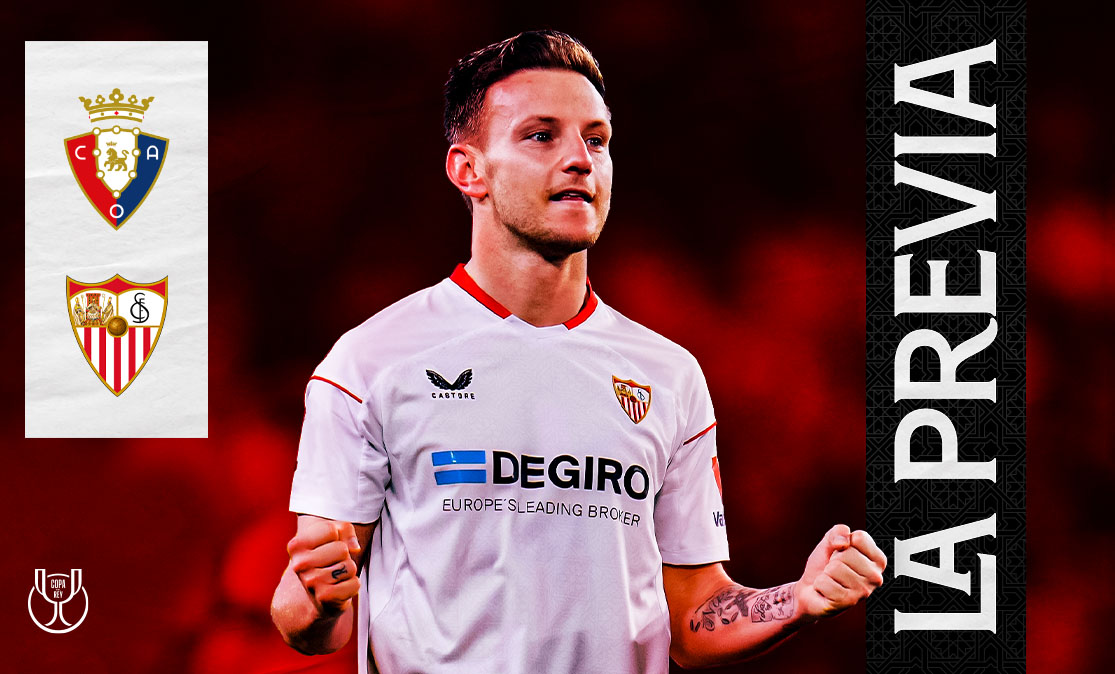 EXCITEMENT AROUND THE CHANCE TO QUALIFY FOR THE SEMI-FINALS

Entradilla
Sevilla FC will play at El Sadar, with the goal of getting to the last four in the Copa, two years since they last did this

CA Osasuna-Sevilla FC, in the quarter-final of the Copa del Rey, which will be played in El Sadar at 22:00.

Having beaten Velarde CF, Juventud de Torremolinos CF, Linares Deportivo and Deportivo Alavés, Jorge Sampaoli's side approaches this quarter-final as the away side. The team from Navarre will be at home, and on their way to the quarter-final stage they overcame CD Fuentes, CD Arnedo, Club Gimnàstic de Tarragona and Real Betis.

Jorge Sampaoli has named a 22 man squad to travel to Pamplona, with notable recalls for Delaney who has been out with injury and Acuña who has served his suspension in LaLiga. Fernando Reges and Nacho Quintana are left out as a result.

The Sevillan side have got this far without having conceded a single goal in the competition, looking to knock out Osasuna from the cup competition, which they first did in the 1958/59 season. In the seven meetings since, Sevilla have been knocked out three times and Osasuna four times.

The game will be referred by Ricardo de Burgos Bengoetxea, and he will be assisted by Xavier Estrada Fernández who will be in charge of VAR. De Burgos has officiated Sevilla already this season, in the loss at home to Atlético Madrid and in the trip to Celta Vigo last month, which ended in a draw.