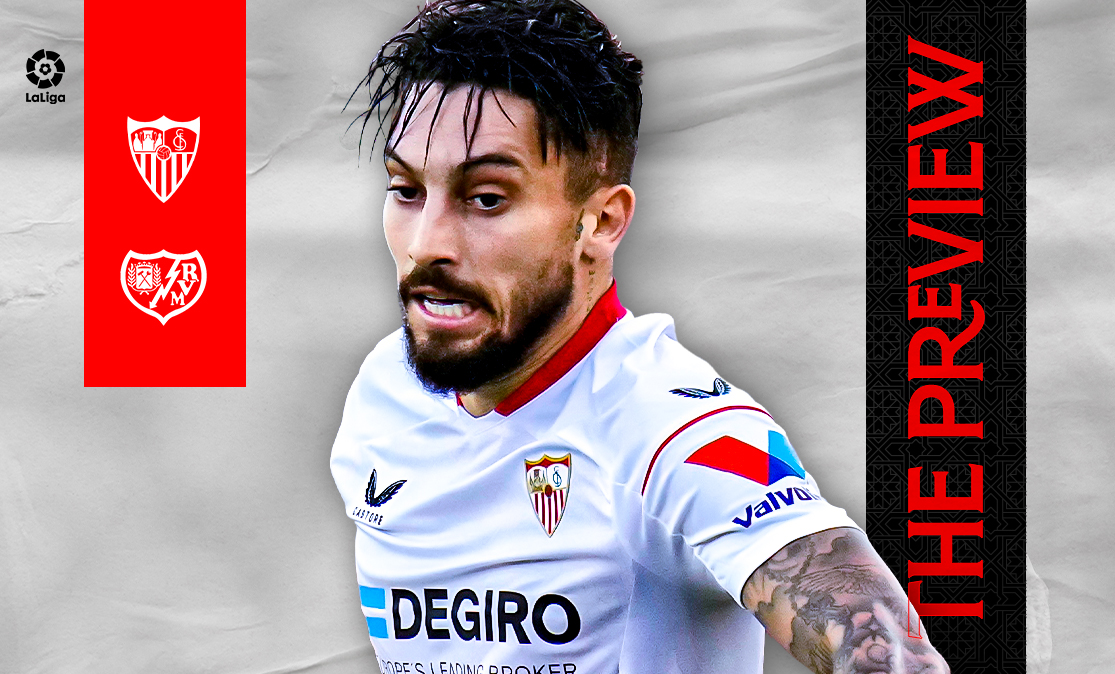 TIME FOR THE MUCH-NEEDED HOME WIN IN LALIGA

Entradilla
After a 3-0 home win against FC Copenhagen in midweek, the team are now looking for their first home league win of the season
Cuerpo Superior

Sevilla FC vs Rayo Vallecano, in LaLiga Santander MD12. Kick-off at the Ramón Sánchez-Pizjuán is scheduled for 18:30.

We are currently in sixteenth place with ten points, from two wins, four draws and five defeats. Rayo have fifteen points, and are tenth in the table.

After scoring in midweek, Youssef En-Nesyri has a knock and does not feature in Sampaoli's 23-man squad, as does Fernando. As for the visitors, they have no real injury issues.

The last three matches at home to the Madrid side have all ended in high-scoring wins for us. The last two came with a clean sheet as well, with a 3-0 triumph on the opening day last season and a 5-0 rout in April 2019. In the 2015/16 season, Unai Emery's side ran out 3-2 winners.

Andoni Iraola's side have a quality attacking left-back in Fran García, while further forward they have top attacking outlets in Álvaro García and Óscar Trejo.

At yesterday's pre-match press conference, Jorge Sampaoli highlighted the strength of a "very aggressive" Rayo, while Andoni Iraola is expecting a "fast-paced match."

Mateu Lahoz will take charge of the clash, while Estrada Fernández is on VAR duty.