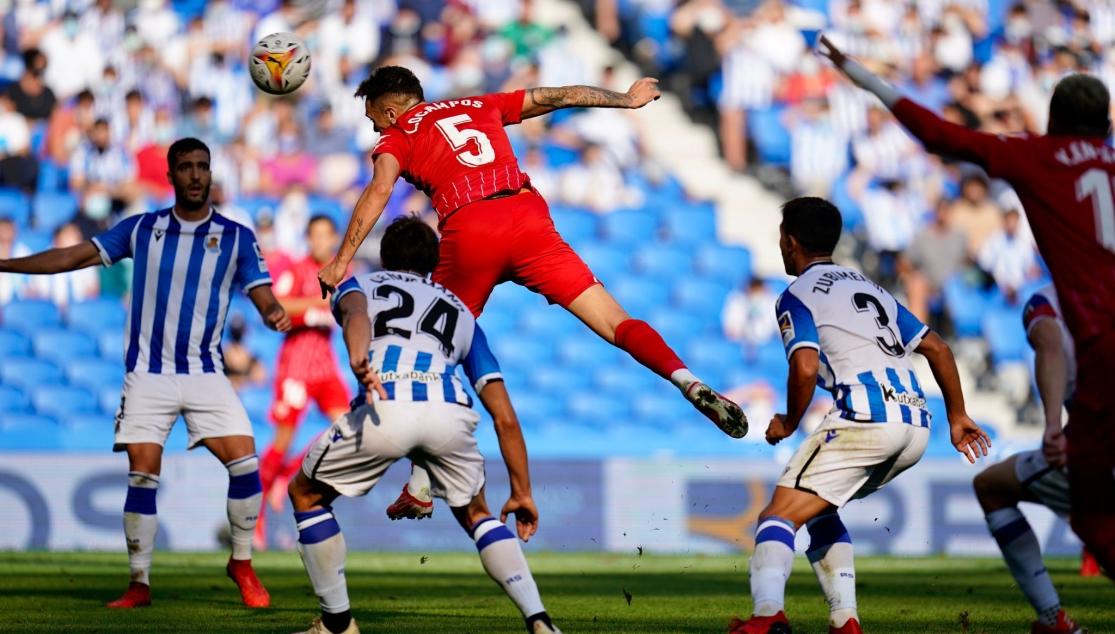 0-0: ALL SQUARE IN A GAME WHICH SAW EACH TEAM CONTROL ONE HALF EACH

Bono was the hero for Sevilla with his saves throughout the match, saving Oyarzabal's penalty. Remiro saved Sevilla's best chance which came at the end of the game

Points were shared this afternoon at San Sebastián between Real Sociedad and Sevilla FC in a game in which the home side ought to have gone into the break in the lead, while Sevilla could have came away with the three points in the second half. The goalkeepers were vital in the draw as Bono saved a penalty from Oyarzabal and a shot from Isak, while Remiro denied a powerful shot from Rafa Mir.

It was a first half to forget for Sevilla at the Reale Arena where the main positive was that the score remained nil-all after forty-five minutes. Julen Lopetegui's team were bettered by Sociedad who pressed high and did not let them break into their half, only allowing a long-range strike from Rakitić. Bono was the hero for Sevilla as he saved a penalty from Oyarzabal and denied shots from Isak and Januzaj.

The second half started very differently for Sevilla who stopped Sociedad's domination of the ball by introducing Lucas Ocampos and Óscar Rodríguez. It only took three minutes for Sevilla to have more presence in Sociedad's half, however to not much threat. Ocampos headed over which saw the beginning of Sevilla's attacks.

Both teams came into the last fifteen minutes looking to play their cards right and get the opener that would see them come away with the three points. After the changes had been made, Sevilla began to wane a bit more physically and Sociedad began to regain control of the pitch. However, in the 86th minute, Sevilla would have their clearest chance of the game. Rafa Mir broke into the box and fired a strong shot at Remiro who, unawares, used his legs to send the ball wide for a corner.

The home side tried to push forward and Diego Carlos had a long range shot which was no problem for Remiro. The points ended up shared which leaves Sevilla with eight points after four games to begin a week in which they welcome both Valencia CF and RCD Espanyol to the Ramón Sánchez-Pizjuán. 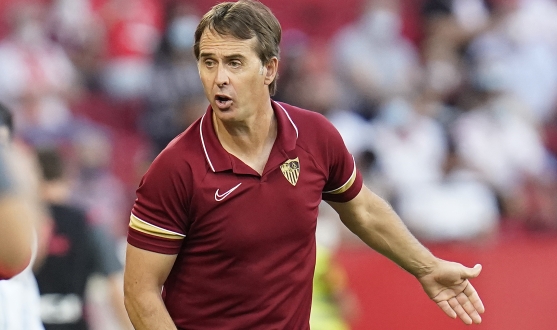 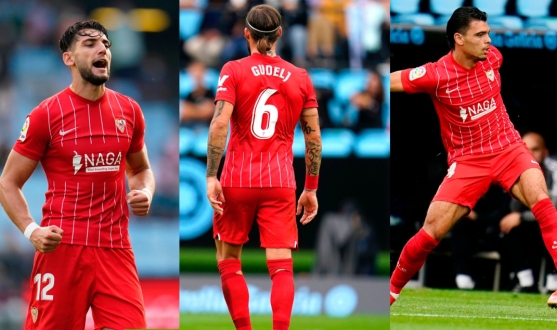 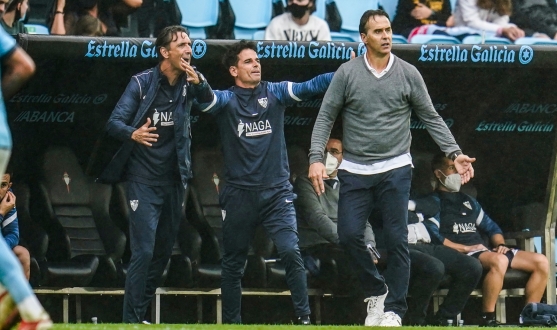 First team
LOPETEGUI: 'DESPITE ALL THE MISSING PLAYERS, WE WERE MORE OF A TEAM THAN EVER'
Leer más
END_OF_DOCUMENT_TOKEN_TO_BE_REPLACED