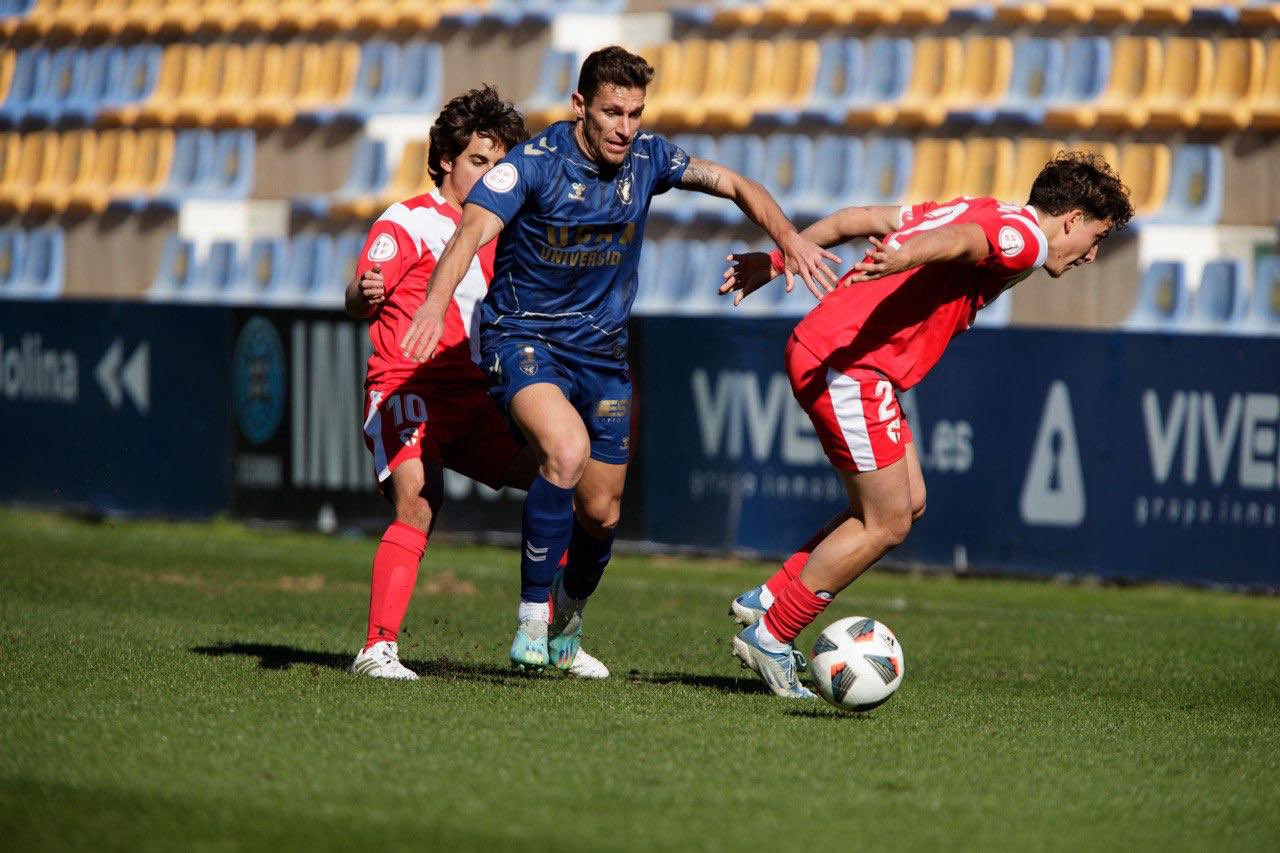 1-0: SEVILLA UNABLE TO FIND AN EQUALISER AGAINST UCAM MURICA

Entradilla
Sevilla Atlético left empty-handed after falling to defeat in the Estadio BeSoccer La Condomina in an encounter in which the men from Sevilla were unable to find an equaliser, following Isra Cano's goal at the end of the first half

Sevilla Atlético fell to defeat against UCAM Murcia away at the Estadio BeSoccer La Condomina. In a very even game with neither side looking particularly threatening in attack, Isra Cano's effort at the end of the fist half was enough to tip the game in the home side's favour and ensure they took the three points.

Following a minute silence in memory of José Luis Mendoza who had been President of UCAM Murcia, the game kicked-off and the start of the game was even. Nacho Quintana left the pitch in tears, injured after not even fifteen minutes on the field, leading Antonio Hidalgo to bring on Isaac Romero in his place.

The first half saw possession shared between the two sides. Our opponents had two shots which did not challenge the goalkeeper before Isaac Romero had the best chance for Sevilla Atlético with a shot that went wide. Before the half-time whistle was blown, Isra Cano was quickest to react to a loose ball in the box as he scored and put his side in front.

In the second half, Isra Domínguez was unfortunate with a shot that went over the crossbar. Antonio Arcos also went close in a second half where the away side looked very comfortable in defence. The final part of the game lacked fluidity and there were frequent stops in play, and our team failed to get an equaliser despite being camped in the opponent's half. In the dying seconds of the game, Isra Domínguez guided a powerful shot towards the home side's goal which Pau Torres magnificently kept out to ensure victory.