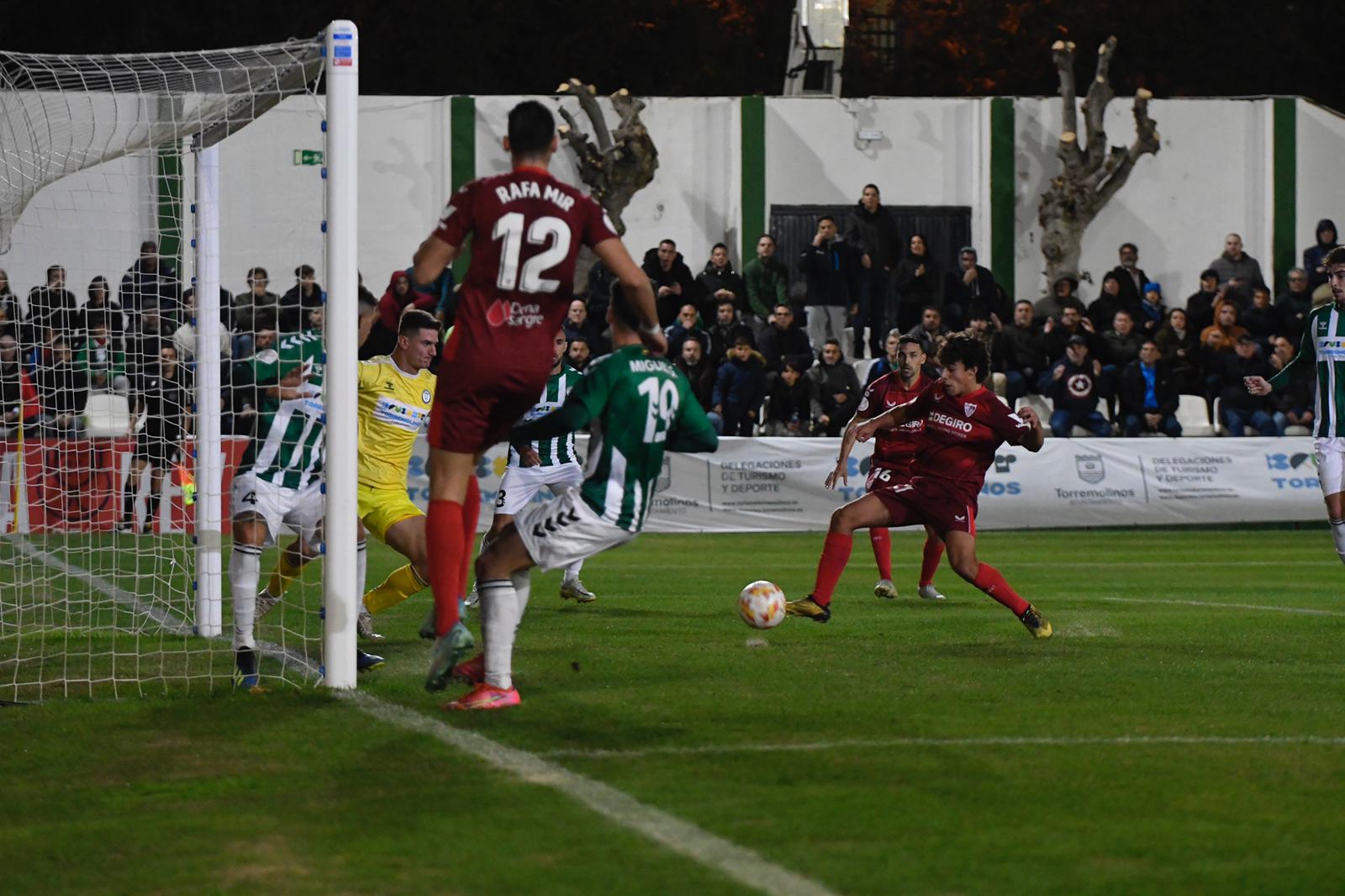 A 3-0 WIN IN OUR RETURN TO COMPETITIVE ACTION

Entradilla
Through to the Round of 32 thanks to a debut goal from Carlos Álvarez, an own goal from Dani Fernández and a stoppage-time strike from Joan Jordán
Cuerpo Superior

Sevilla FC secured their place in Friday's Copa del Rey Round of 32 draw, thanks to a 3-0 win away at Juventud de Torremolinos CF as the team marked their return to competitive action.

Five-and-a-half weeks had passed since the last official fixture, coincidentally our first Copa del Rey match of the season, a 2-0 win away at Velarde. Much like that fixture, Sampaoli's side were not troubled against lower-league opposition.

Carlos Álvarez opened the scoring after half an hour with a goal on his debut, before Dani Fernández scored an own goal early in the second half. Joan Jordán then added a third in second-half stoppage time.

On a windy evening on the Costa del Sol, Sevilla immediately took control of the clash and looked to keep the game in the opponent's half. Fernando would have the first chance after 10 minutes, hitting the bar with a long-range effort. Machuca then had a rare chance for the hosts, but his shot was from too far out to trouble Dmitrovic.

Sampaoli opted to play Rafa Mir on the left flank and debutant Carlos Álvarez through the middle, as he had done in the mid-season friendlies. The youngster went close with a header midway through the half, but was not powerful enough to get the better of Amador.

However, he would then open the scoring on the half-hour mark. Navas saw an initial effort well-saved by Amador, but Rafa Mir picked up the rebound and crossed low for Carlos Álvarez, who converted with ease for a goal on his competitive debut.

Sevilla were rarely troubled after the opener, with the hosts getting into our box on just the one occasion. However, Javi López's penalty appeal ended with a booking for simulation.

Despite changes from the fourth-tier side, Sevilla had the situation under control and would double their lead early on in the second half. Rakitic found Rafa Mir, who tried to find Carlos Álvarez with a cross from the left. Dani Fernández got a foot to the cross, but could only turn the ball into his own goal.

Rekik went close a few minutes later, before Sampaoli made his first change on 75 minutes, with Nacho Quintana replacing academy teammate Carlos Álvarez, before Rekik made way for Kike Salas.

In injury time, Joan Jordán put the icing on the cake with the third of the night. Rafa Mir's effort was saved by Amador, but Jordán was alert to convert the rebound.

That result means that Sevilla are through to the Round of 32, and will find out their opponents on Friday at 12:30 CET. The next fixture in this tournament will take place between 3rd and 5th January.