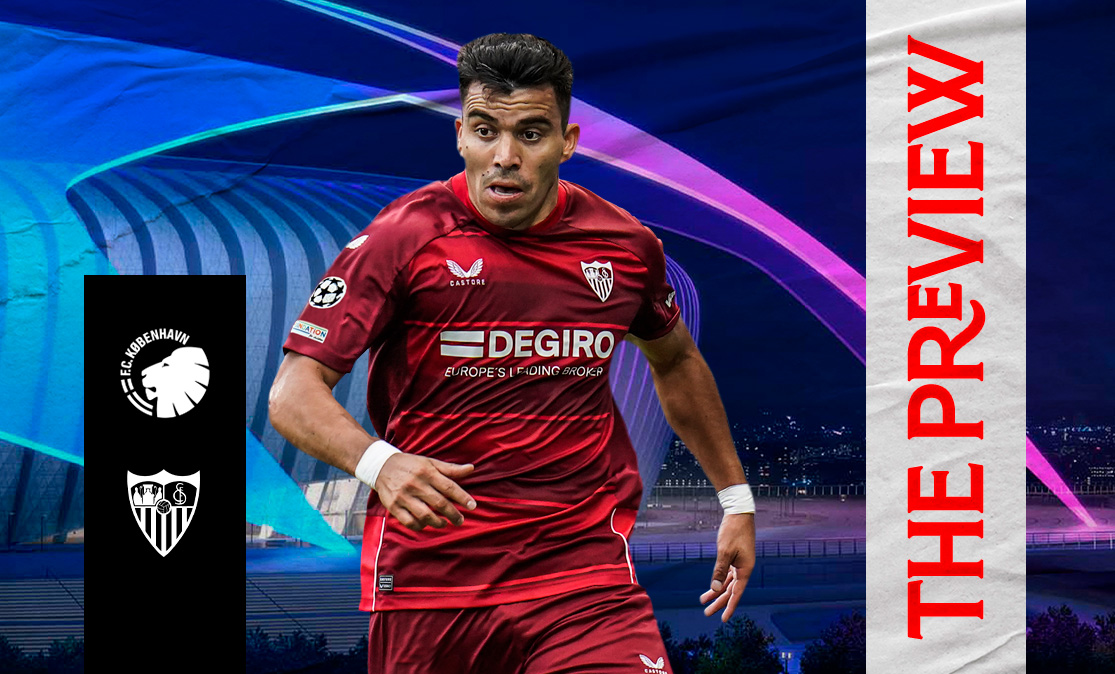 OUT TO GET THREE POINTS IN DENMARK

We travel to the capital of Denmark to face FC Copenhagen in MD2 of the UEFA Champions League Group Stage for the first ever meeting between the two sides. This will be only our second official match in Denmark, 65 years after the European Cup First Round clash against Aarhus.

We fell to a 4-0 defeat at home to Manchester City last week, a few hours after the Danes had been defeated 3-0 by Borussia Dortmund. Both teams are looking to get their first points on the board.

Julen Lopetegui has named a 24-man squad, which is unchanged from last week's European clash. Papu Gómez missed out against Espanyol but is now back for the trip to Denmark. Marcao and Tecatito are recovering from injury, while Óliver Torres is not registered for the Group Stage.

Winger Viktor Claesson is a key attacking outlet for the Danish side, as is striker Andreas Cornelius. As for their defence, Slovakian centre-back Denis Vavro stands out, while ex-Valencia and Real Sociedad goalkeeper Mathew Ryan will be between the sticks.

FC Copenhagen won the Danish Superliga last season, which gave them a place in the qualifying rounds. In the last round, they beat Turkish champions Trabzonspor 2-1 on aggregate to reach the Group Stage for the first time since 2016/17.

Tonight's match at Parken gets underway at 21:00 and will be officiated by Bosnian referee Irfan Peljto.