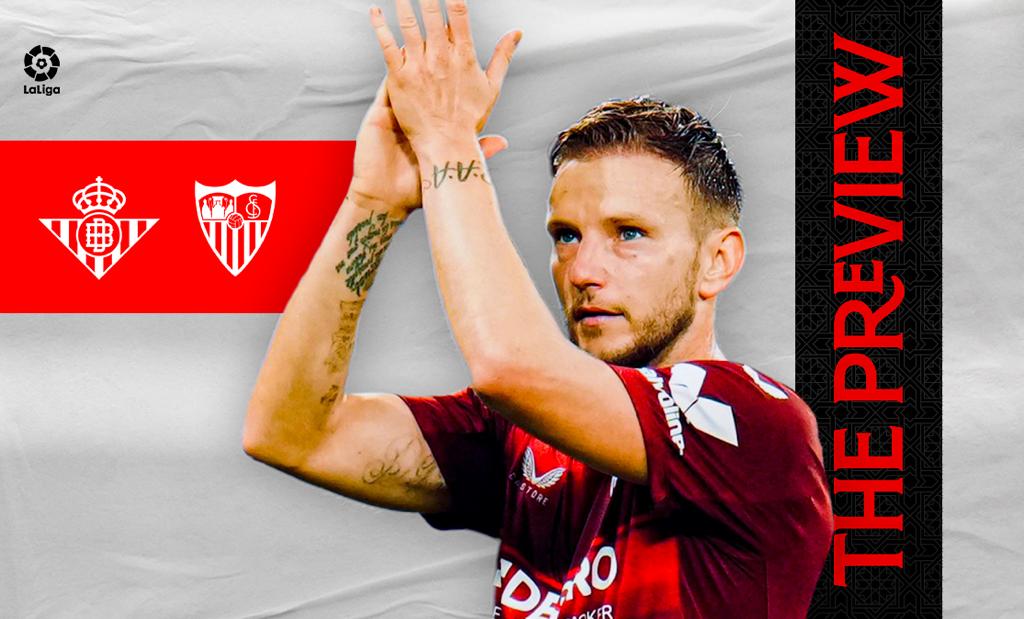 EL GRAN DERBI: THE PERFECT TIME FOR A TURNING POINT

El Gran Derbi, in MD13 of the LaLiga Santander season. Kick-off at the Benito Villamarín is scheduled for 21:00 CET.

Sevilla come into this match in 19th place with ten points from twelve games, while the hosts are in fourth with 23 points.

Álex Moreno at left back, Fekir playing ahead of the midfield two and Borja Iglesias up top are the opposition players to look out for.

We have taken seven points from our last three league matches in Heliópolis. Last season saw a dominant display end in a 2-0 win. In the 2020/21 season, behind closed doors, the points were shared in a 1-1 draw, while Luuk de Jong scored the winner the season before as we ran out 2-1 winners.

At yesterday's pre-match press conference, Jorge Sampaoli stressed the need for his team to "continue to grow through building positivity", and that they are not only motivated "by moving up the table, but by the good atmosphere in the air."

Sánchez Martínez will officiate this fixture, while González González is on VAR duty.