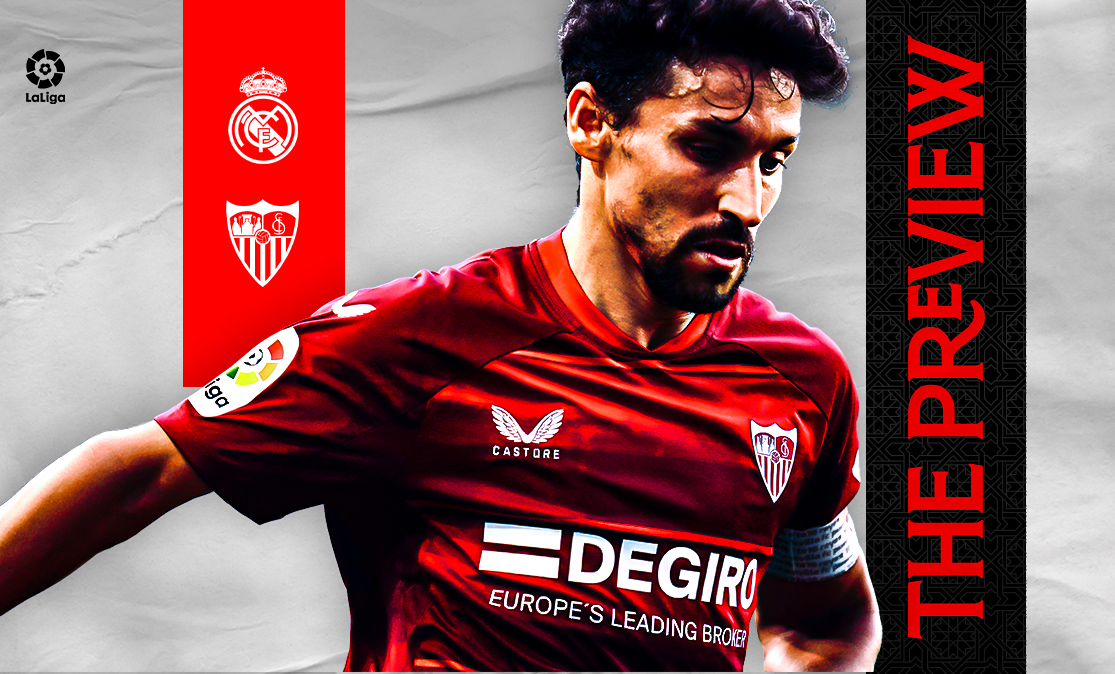 A TRIP TO THE CAPITAL TO FACE THE LEAGUE LEADERS

Entradilla
Sevilla face a difficult test against Real Madrid, who have only dropped two points this season
Cuerpo Superior

Real Madrid vs Sevilla FC, in MD11 of LaLiga Santander.

Carlo Ancelotti's side are the in-form league leaders, with nine wins and one draw after ten matches, scoring 25 and conceding eight. As for Sevilla, we have 10 points and are in twelfth place.

Marcão has been named in Sevilla's 21-man traveling squad after missing the draw against Valencia on Tuesday, while Nianzou and Acuña miss out due to injury. Kike Salas is suspended. As for the hosts, Courtois is available for selection.

Madrid have an array of attacking talent, with recent Ballon d'Or winner Karim Benzema instantly standing out. Vinicius and Fede Valverde are also in top form, while Alaba is key in defence.

Last 3 away matches vs Real Madrid

A 2-2 draw at Valdebebas in the 2020/21 season is sandwiched by two 2-1 defeats at the Bernabéu. Sevilla have not won away at Real Madrid since a 4-3 win in December 2008, and have not picked up a single point at the Bernabéu since then.

At yesterday's pre-match press conference, Jorge Sampaoli believes that his team will have options in the match if we "play from the back and go at them, evenly matched." He also confirmed that he is "looking forward to seeing a courageous and enjoyable performance, regardless of the result. Imagine if we go in with fear how things would work out."

As for Ancelotti, he confirmed Courtois' return and stated that "although we're in good form every match is difficult."

Hernández Hernández will officiate this fixture while Jaime Latre is on VAR duty.