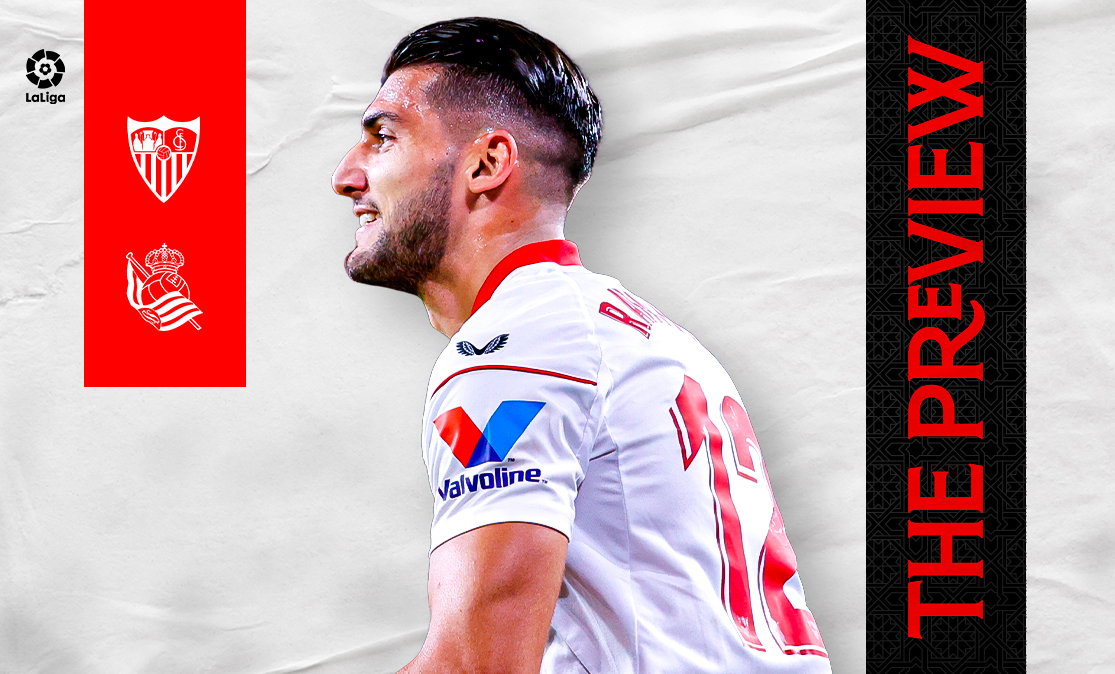 Entradilla
With no competitive home fixtures until January 2023, Sevilla are looking for a first home league win
Cuerpo Superior

Sevilla FC vs Real Sociedad, in LaLiga Santander MD14. Kick-off at the Ramón Sánchez-Pizjuán is at 19:00 CET.

Sevilla are 17th in the table with 11 points, but are only ahead of Celta and Cádiz on goal difference. Real Sociedad are seventh after their draw with Valencia. They have 23 points, and lie just a point behind fourth place.

Despite having a lengthy list of absence, with Elustondo suspended and Ali-Cho, Sadiq and Oyarzabal injured, the Basque side are particularly strong in midfield, with talented players such as Brais Méndez and David Silva. Le Normand stands out at the back while Sorloth will lead the line.

Last season's match was goalless, but there were plenty of goals in the 2 seasons before that, with Sevilla picking up two 3-2 wins. In January 2021, Youssef En-Nesyri scored a hat-trick, while Nolito, Ocampos and Franco Vázquez were all on the scoresheet in September 2019.

Jorge Sampaoli covered various subjects at his pre-match press conference, including the fallout from Sunday's El Gran Derbi. He believes that tonight "will be a tough test and we have to find the space to come out on top". As for Imanol Alguacil, he stated that "it's tough to define this Sevilla team because from game to game they change a lot".

Carlos del Cerro Grande is the referee for today's match, his first Sevilla match since the opening day of the season, which ended in a 2-1 loss away at Osasuna. Santiago Jaime Latre is on VAR duty.