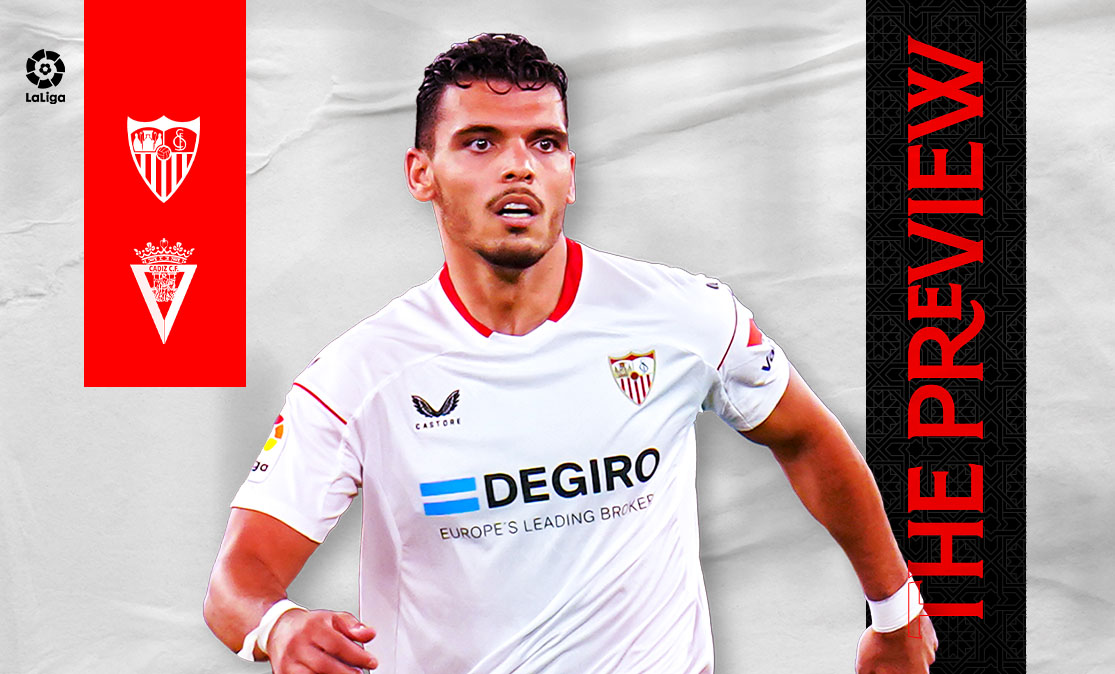 Sevilla and Cadiz are back-to-back in the standings, with Sevilla FC in 19th place with 15 points and Cadiz in 18th with 16 points. A win would mean that both teams would be out of the relegation places.

Three players who have been with the Cádiz for several seasons now are the team's standard bearers. Goalkeeper Ledesma, Pacha Espino at left-back, Álex Fernández in the creative area and Choco Lozano up front are the staples in Sergio González's squad.

Two draws and a win for Sevilla in the last three visits by Cádiz. The win came in the 20/21 season with a 3-0 scoreline, while last season's final score was a 1-1 draw. For the second draw we have to go back to Cádiz CF's last season in the Primera Division, in 05/06, where they finished the game with a goalless draw.

Jorge Sampaoli stressed in his appearance that "the team is focused on working hard and making a huge effort," while pointing out that "the support of the fans will be key to trying to win a difficult game". Cádiz coach Sergio González argued that "we are going with the idea of competing against a talented team".

Sampaoli has already included Lucas Ocampos in the 22-man squad for the game against Cádiz, while Marcos Acuña is out due to a yellow card suspension. The visitors will also be without central defenders Cala, Fali and Chust and midfielders José Mari and Diarra.

The match will be refereed by Alejandro Hernández Hernández, assisted by Guillermo Cuadra Fernández on VAR.

* It should be noted that the match has been declared a high-risk match, so the police security perimeter will be extended in the usual areas.