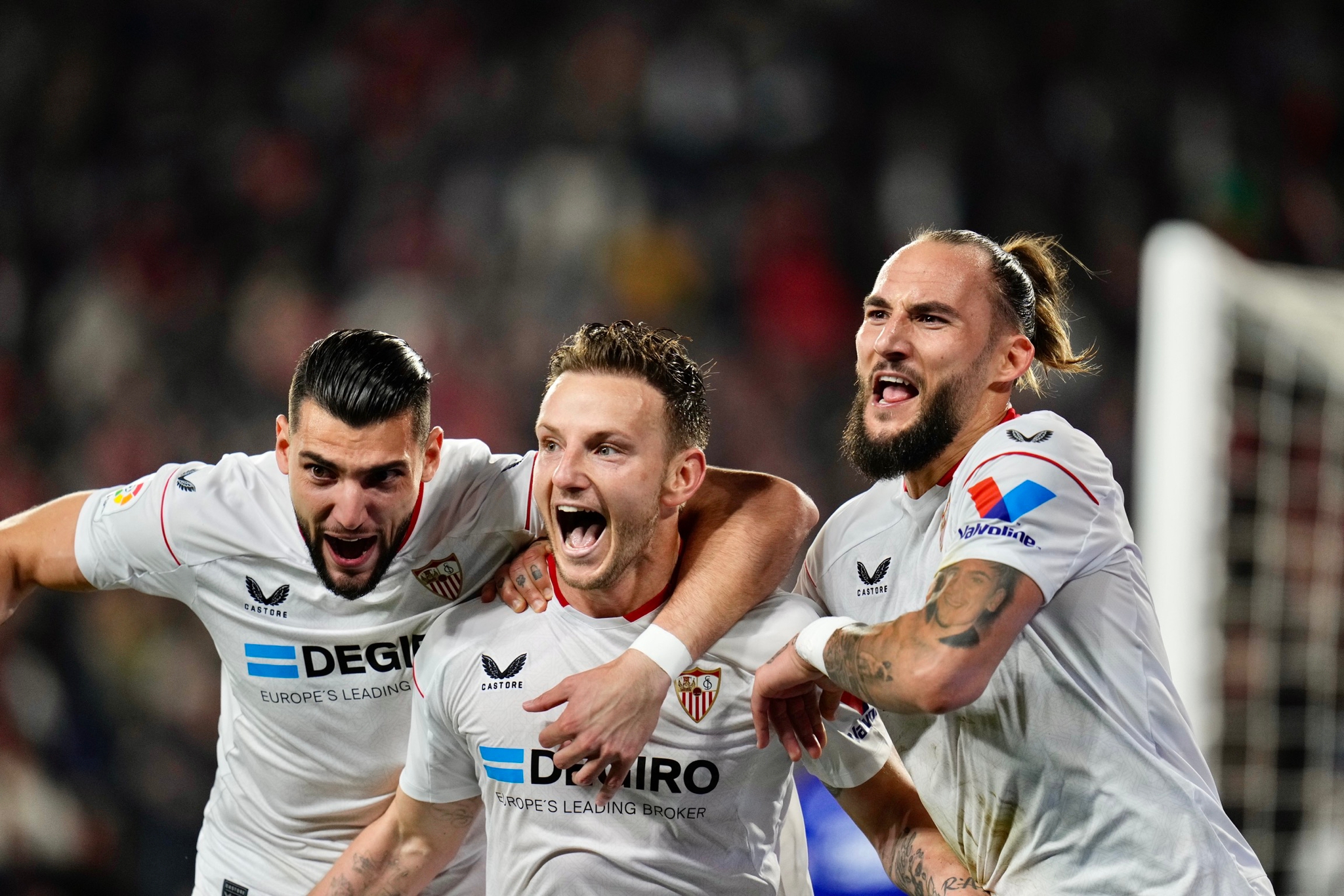 1-0: A FAR SUPERIOR SEVILLA SIDE PULL OUT ALL THE STOPS TO TAKE HOME THREE VALUABLE POINTS

Sevilla and Cádiz played out a brilliant spectacle in a testing affair for both sides in their fight to climb the table. What's for sure is that the team furthest from the Spanish coastline came out on top and deservedly so. With halftime approaching, Sevilla had seemed to have broken the deadlock through Erik Lamela. His goal was subsequently ruled out by VAR. And although the home side kept up the pressure on Ledesma's goal throughout the second half, the decisive goal came two minutes from the end after Alejo was judged to have handled an incoming cross from Suso. After not awarding the penalty, referee Hernández Hernández reviewed the decision and Ivan Rakitić stepped up to convert, pulling his side out of the relegation zone.

Sevilla were relentless from the get-go with an aura of confidence and intensity about them, something that has been hard to come by this season. The game got off to a lively start with Jesús Navas putting in two dangerous crosses from the right-hand side. The first cross sailed over the heads of the teammates in the box and the second was a whisker away from finding a finishing touch. Sampaoli's men dominated proceedings, keeping Cádiz penned in their own half. However, Bono was called into action when Lozano's shot from the edge of the box almost found the back of the Sevilla net.

In what was an intense game with Sevilla always on the attack, the elusive first goal did not seem far away and on the half hour mark, Lamela came very close again. Moved on to the wing, the Argentinean could not take advantage of a magnificent deep pass from Óliver. From the corner that followed, he had another chance but failed to get a good shot away. With Cádiz not looking too comfortable in defence, the home side kept on searching for the goal. Just as the half-time whistle beckoned, there was to be a huge moment in the game. Following indecision in the visitors’ defence, Óliver fought to win the ball from Espino, and from the latter’s slip, Navas assisted Lamela who scored with a shot that went in off of the post.

Sevilla deserved to go into the break ahead, but VAR disallowed Lamela's goal

Following Hernández Hernández reviewing what had just happened, the referee considered that Óliver was offside when he fought for possession with Espino, meaning that the goal could not stand. Neither the players nor the attitude which Sevilla had displayed in the first-half changed. Sevilla continued to attack and their first chance came six minutes after the restart. A good cross by Óliver resulted in a powerful shot by Rakitic. The team did not stop trying throughout the second half, with Cádiz dropping further-and-further back. Cádiz hardly tested Bono, while the home side created various opportunities that were not converted.

Sampaoli, who was sent off in a very similar incident to that which occurred in Linares, looked to his bench and brought on Ocampos, Rafa Mir, Suso and Montiel. And with some persistence, the reward finally came. Suso put in a cross with five minutes to go, Ocampos went to shoot and Iván Alejo, who was already yellow carded, touched the ball with his hand. VAR had a look and Rakitić assumed the responsibility of securing the victory for his team. The Croatian calmly deceived Ledesma and this time he made the stands explode with joy. The full-time whistle blew and the team secured three vital points that take the team out of the relegation zone a few days before Wednesday's decisive cup clash in Pamplona.