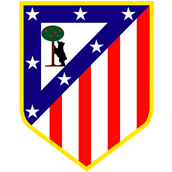 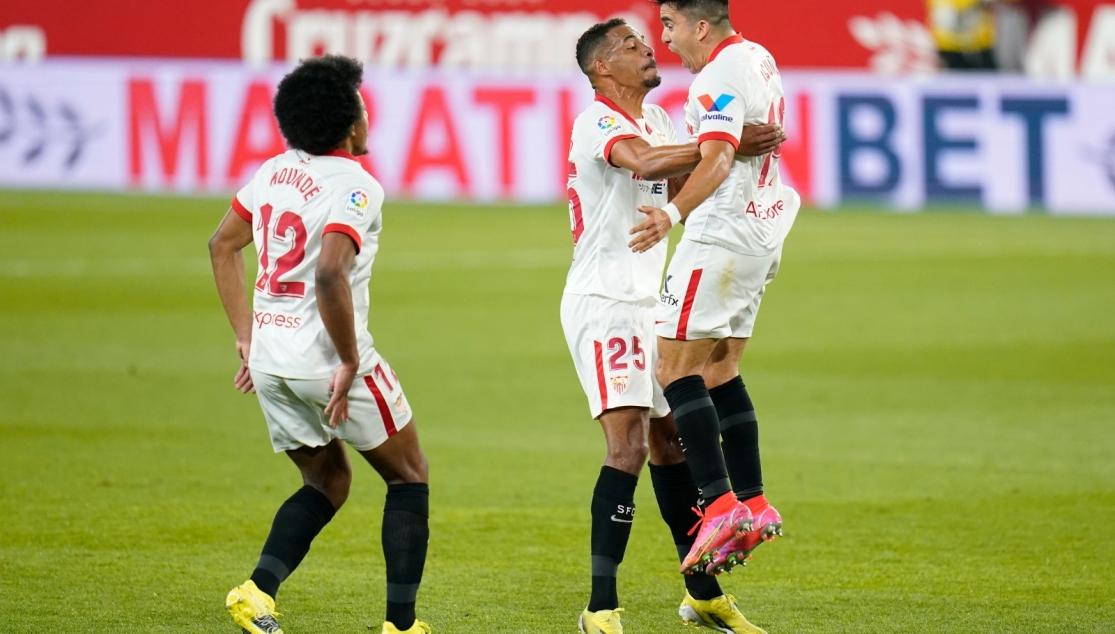 1-0: SEVILLA FC BEAT THE LEAGUE LEADERS IN A SUPERB MATCH AT THE SÁNCHEZ-PIZJUÁN

The Blanquirrojos dominated the match and had their reward with Acuña's header. Bono, yet again, was vital as he came up with a huge stop in injury time

A spectacular win for Sevilla FC this Sunday night against the La Liga leaders in football's return after the international break. From the first to the very last minute, Sevilla dominated the game, pushing Atlético Madrid to the physical and mental limit as they tried to find a way past Julen Lopetegui's side. Lucas Ocampos saw a penalty saved in the opening minutes, but Sevilla's insistence was rewarded when Acuña appeared in the box following a superb team move in the second half to head home. And there was time for Bono to shine too, as he made a crucial stop in injury time to deny an equaliser. The Nervionenses could not have had a better return to football as they keep yet another clean sheet, moving onto 58 points which 27 still to play for in the race for the Champions League spots.

The game saw a frenetic start as Sevilla went immediately on the attack. In one of the first attacks, Felipe saw a yellow card in what was a sign of the intense game to come. Suso tried Oblak with his trademark cut-inside from the right and left-footed shot, but the Slovenian was wise to it. The Blanquirrojos would have a huge chance with less than ten minutes on the clock when Giménez fouled Rakitić in the box. Ocampos, who looked to set things right after his last penalty miss, fired the ball to Oblak's left, but the goalkeeper guessed right and kept the match at nil-nil. Immediately after, De Jong looked to head in from close range but his effort was blocked by Felipe.

Sevilla's dominance would continue right until the referee blew for half-time. Atlético Madrid barely worried Bono when Koke had a tame shot from the area and another shot came in from Luis Suárez. Julen Lopetegui's team had success down the right wing with great combinations from Jesús Navas and Suso. The combination had such effect that it forced Diego Simeone into an early change as he brought Correa on to strengthen their presence on the wings. However, despite controlling the game, Sevilla did not create any more danger on Oblak's goal, with Ocampos and Navas having unthreatening shots from outside the box.

Atlético started the second half with more intensity and energy than had been seen in the first, beginning the half with two promising attacks. The threat from Atleti spurred Sevilla back into life as they had a good chance when Rakitić volleyed over from a Joan Jordán corner. Atlético would have another attack in the 64th minute when Llorente saw his deflected shot go over Bono's goal. From the corner, the Moroccan had to be ready to stop Koke.

In the 70th minute, Sevilla's reward for their insistence, perseverance, and good football against the league leaders would come. An incredible piece of play between Rakitić, Suso, and Jesús Navas saw the winger release Navas in the box who clipped the ball into the penalty spot. Waiting was left-back Marcos Acuña who placed his header well beyond Oblak to bring the three points home for Sevilla. Only a minute later Sevilla's elation could have turned to desperation when Mario Hermoso was found free in the box, but his effort went high and wide.

Sevilla defended extremely well in the closing stages against an Atlético who had evidently fatigued against the play of Julen Lopetegui's side. However, they could have come away with a point in injury time when Suárez found Correa with a clever pass, but Bono, as ever, was there to save the team and prevent Atleti coming away with an undeserved draw. Sevilla come away with the win against Simeone's side and increase their cushion in the Champions League spots with nine matches to play 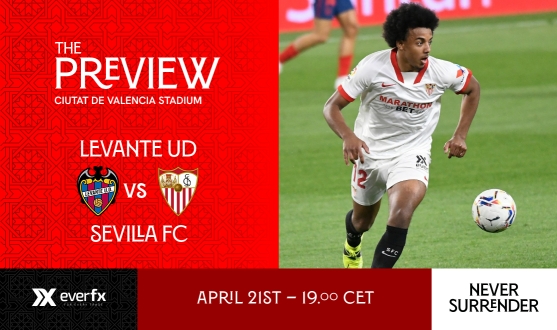 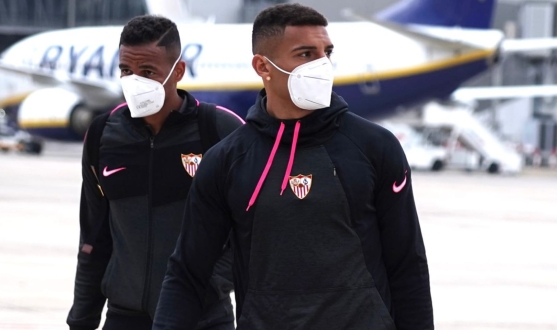 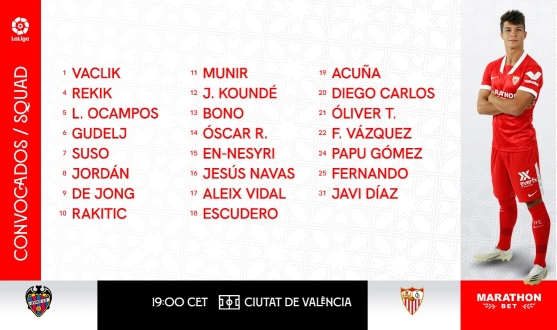