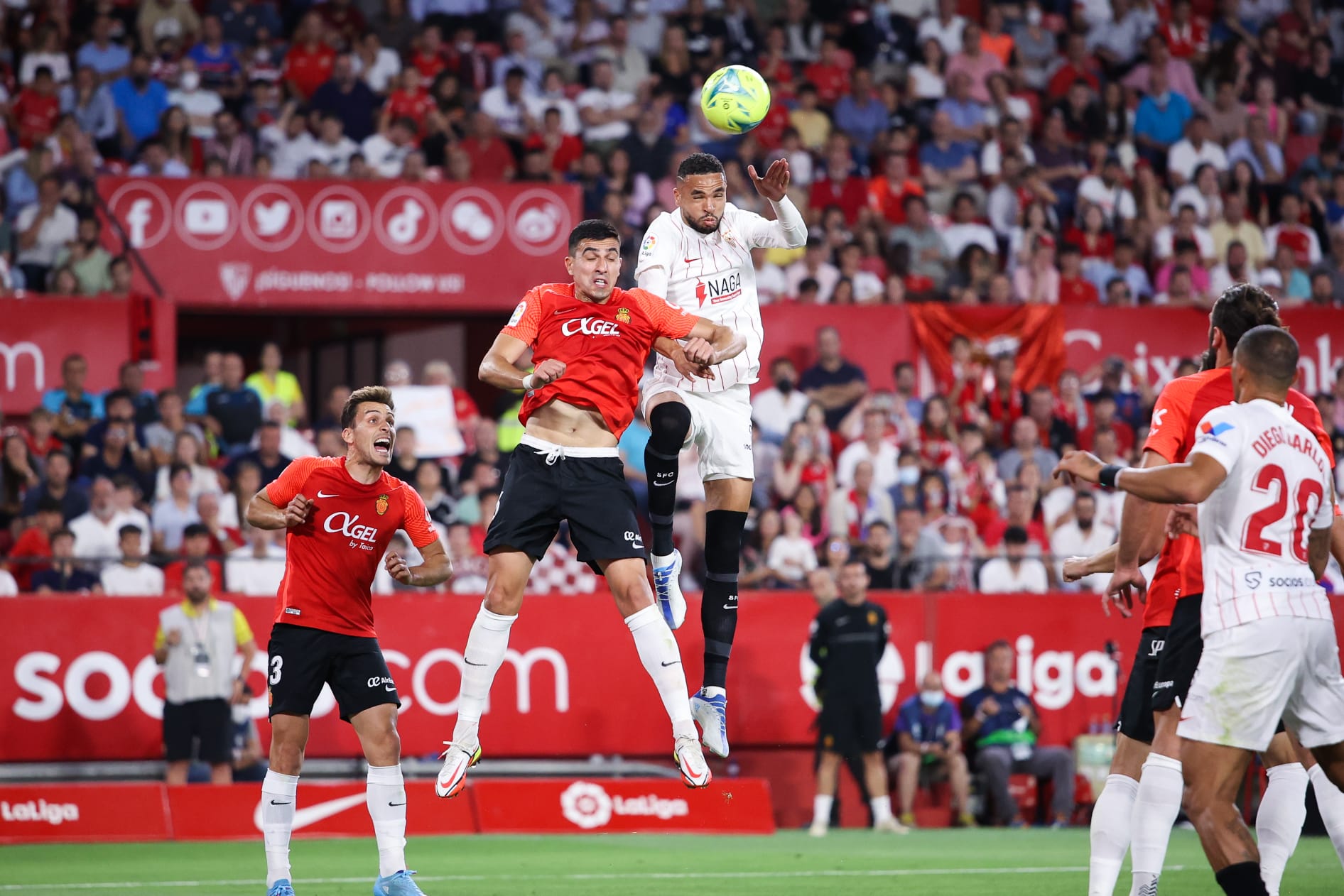 0-0: THE DRAW AGAINST RCD MALLORCA LEAVES THE TEAM WITHIN TOUCHING DISTANCE OF THE CHAMPIONS LEAGUE

Another draw for Sevilla FC means that next season's Champions League spot is not quite confirmed as RCD Mallorca hold them to a goalless draw at the Ramón Sánchez-Pizjuán. Sevilla FC are one point away from confirming their Champions League status with two games remaining. The first half was a stale one to say the least. Rafa Mir had the best of the chances. Already in the second half and with the need to take away the three points, Sevilla FC started to apply some pressure on Reina's goal. However, the chances that were made didn't bring any joy, despite En-Neysyri going close in the final stages. Bono was busy, he was called into action when Muriqi had a shot on goal in the second half. Sevilla will face Atlético de Madrid this Sunday with a score to settle and the aim to cement their place in next season's Champions League.

The first half went by with few opportunities for Sevilla and the visitors were looking dangerous on the counter attack. Sevilla were close to going in front in the opening minutes of the first half through Rafa Mir who headed the ball towards the Mallorca goal after meeting Papu Gómez' corner kick, but Salva Sevilla cleared the ball off the line as goalkeeper, Reina, was already beaten. Sevilla would once again look to take the lead in the thirty-fourth minute where both Koundé and Tecatito, with a chipped attempt, looked to send the ball over the Mallorca goalkeeper. The team from the Balearic islands conjured up some well-worked counter attacks after winning the ball back in the Sevilla final third. Bono prevented Ángel from opening the scoring and was subsequently lent a hand by his defence.

Bono saved from Muriqi halfway through the second half, getting down swiftly to push away his header

The second half did not start too well either for Sevilla as they looked for the win that would secure Champions League qualification. Nerves led to sloppy play and the team would not have a shot until the 56th minute when Diego Carlos fired in a long-range free-kick which Reina stopped. Mallorca seemed content with the point and Lopetegui made changes, looking to turn the game around. Delaney and En-Nesyri were his picks. However, Mallorca would soon have their best chance of the game in the 64th minute when Muriqui got his head onto a corner, forcing Bono down into a magnificent save.

Sevilla FC began to break free and play with the required impetus to open the scoring and in just over a minute they had three dangerous chances on Reina’s goal. En-Nesyri had a header that forced a corner, Delaney shot and it was blocked and Ocampos tried again with a header. Shortly after, backed by the Sevilla fans, Martial had a clear chance. The Frenchman got in down the right hand side after a good pass from Tecatito and was faced with Reina, but he was not able to find a way past the Mallorca keep and he shot straight at his body.

En-Nesyri, from a corner taken by Rakitic in added time, headed over Reina’s crossbar in another dangerous moment for Lopetegui’s side. Once more, in the very next play, there was a chance for Delaney with a cross from the left by Papu Gómez which the Dane was forced to stretch for and his shot went over. It was clearly one of those days. En-Nesyri in the last moment of the game forced a tremendous save from Reina with a header from a Rakitic cross that denied Sevilla the win on the night. On Sunday, Sevilla FC will visit the Wanda Metropolitano to try to seal their place in the Champions League.