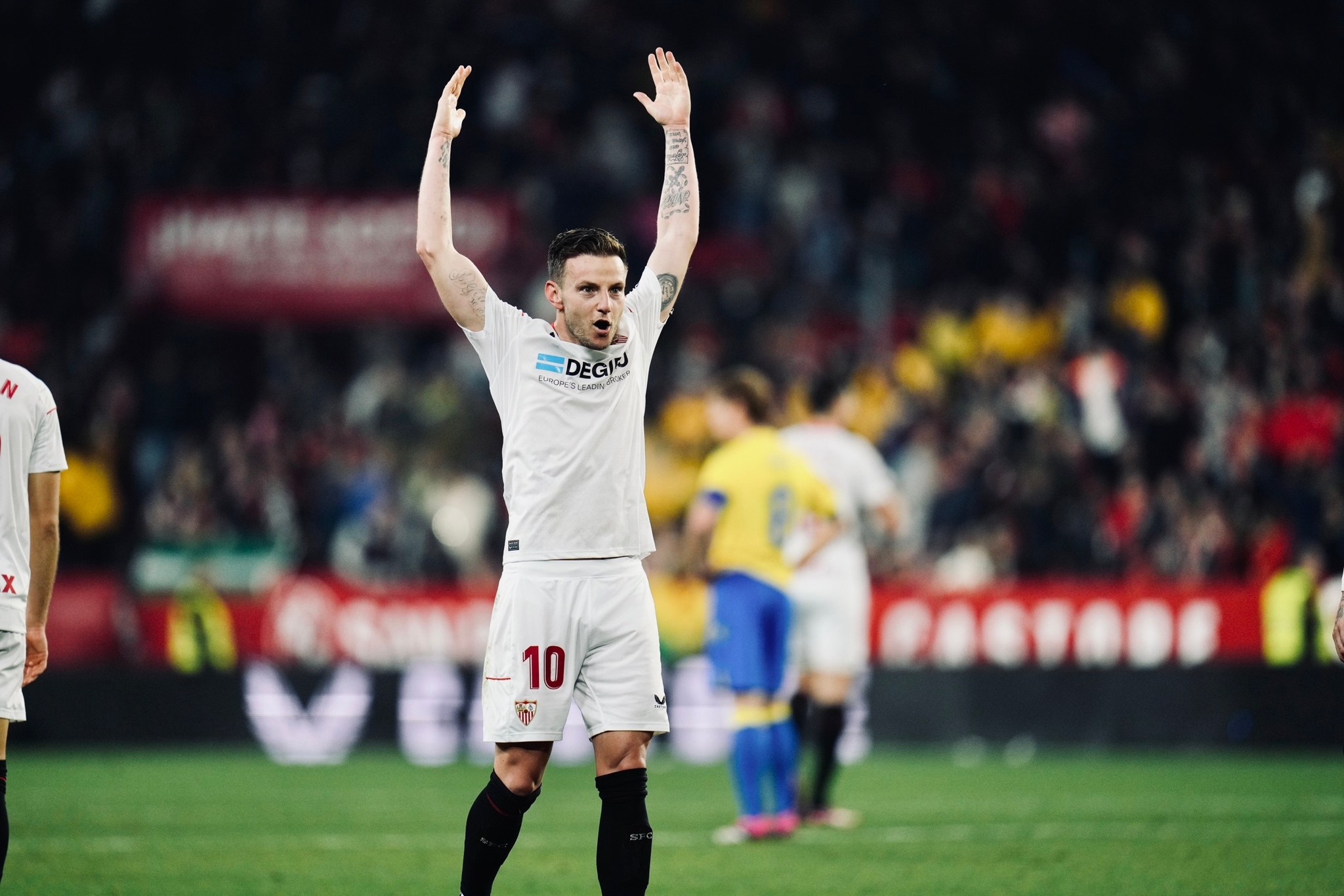 Entradilla
In his 269 games as a Sevilla player, he has had 105 goal contributions, with 49 goals scored and 56 assists.
Cuerpo Superior

As he previously said at the end of last week's game at Montilivi. It was not the time to talk, but to work and put in the hard work to get the team out of its tough situation. A few days later, it is clear that Ivan Rakitic's message on behalf of the whole dressing room was far from empty words. The squad's vice-captain, one of the club's best foreign players statistically, has managed to return to being that Rakitic who makes the difference and wins points for his team.

Last night against Cádiz CF, he was one of the team's best performers, in terms of intensity, anticipation, attacking - he had two very clear chances in the second half - and also in terms of responsibility, decisively taking his penalty to score the all-important winning goal.

With this goal, the Croatian closes his fantastic scoring week, as last Tuesday he scored his first goal of the season, and with a header, to score the goal that took the team into the quarter-finals of the Cup at Mendizorroza. Four days later, this time from the penalty spot, he was again the difference-maker in the 1-0 win, to win more crucial points in the standings.

It was a good week for Ivan, who had not scored in an official match since last April in Nervión against Real Madrid. But the midfielder's goalscoring contribution does not stop there, as he has now accumulated three assists so far this season, two of them also in the last few weeks. It should not be forgotten that, although it was not enough to get the win, he assisted with a perfectly executed free kick to Nianzou for the 0-1 in Girona. A week earlier, also from a set piece, he set up Acuña for the opening goal against Getafe. Earlier, in the Champions League in Dortmund, he had also put a free-kick in for Nianzou.

These recent performances reflect the Croatian's enormous step forward in this team when it needed him most and which serve to add up to a spectacular overall record, with 269 official matches, 49 goals scored and 56 assists, which brings to 150 the number of goals to which he has contributed. And the fact is that, nearing his 35th birthday and after seven seasons as a Sevilla player, Ivan Rakitic still has a long way to go.